I read parts of the latest interview  with Viktor Korchnoi that NIC (New In Chess) published recently.  The 80-year old legend is still going strong and has not lost his way with words or his unique perspective on chess and chess players.  Ofcourse, I have not seen the original interview (no doubt done in English), and the site above is a Portuguese translation, so something might have gotten lost along the way…
What caught my attention was Viktor’s grouping of Norwegian wonderboy Carlsen, Brazilian superstar Mecking and Latvian magician Tal together.  Korchnoi pointed out that each came from a country where chess is not very popular and so it is naturally ver surprising that such incredible talents could develop where least expected. 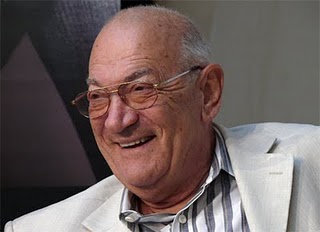 Next Korchnoi mentioned that while each had some real understanding of the game, what really struck him was not just their incredible will power and force of character, but  especially their over the board hypnotic influence over their rivals.
This is not the first time that Korchnoi has talked of hypnotism , or more precisely, the hypnotic influence that some players exercise over their opponents.  Regardless of your perspective on the topic of chess and the para-normal, Korchnoi should know something about what he is talking about: he has played all of the above stars, including candidate matches with both Tal and Mecking. 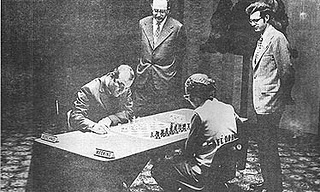 Korchnoi and Mecking, 1974
My younger readers probably know little about Mecking, which is quite natural.  He was a prodigy in the mid to late sixties and played in his first interzonal in 1967.  He did ‘so-so’.  He also played in the 1970 interzonal.  And then he exploded: winning back to back interzonals in 1973 and 1976!  Mecking had arrived and was considered a world contender.
Then tragedy struck: Mecking was stricken with a life-threatening illness and abandoned chess completely.  It was a miracle that he survived, and he eventually came back to competitive chess.  But he was a changed man: he had found God.  Since then he has tried to reach the same level of play as before, but the road has not been easy…several of my early blog articles detail Mecking’s story.  It is quite remarkable….
_________________________________________________________
BOBBY FISCHER UNITING THE CHESS WORLD
[youtube=http://www.youtube.com/watch?v=jO_lvUip6rY&w=640&h=390]

Jennifer Shahade’s website carries the above video of a star-studded blitz tournament held in Bryant Park on the occasion of a showing of  HBO’s  ”Bobby Fischer against the world’.  I recognize quite a few of the speakers, including Krush and Benjamin.   I haven’t seen the film yet, though when I get the chance I intend to.

I often read the blog of Anthea, wife of my chess-playing friend Phil (from Manchester).  The couple visited Portugal last year and played in the tournament in Figueira da Foz and we spent some quality time together.  Phil and I are sort of soul-mates:  we both have some of the same bad habits in chess, the English opening being one of them!
Anyway, earlier this week Anthea wrote a nice piece on what it means to be foreigners living in another country.  The article is nicely written and is called (I love it!) Zen and the art of Xenophobia.  It begins with a story of a woman who lived for some time in Egypt:
”Yesterday I listened to a programme on BBC Radio 4, always a radio station worth listening to. This was “Off the Page” where a group of writers discussed “foreignness”. One speaker, Amanda Mitchinson, described buying chicken when she lived for two years in Cairo.
On the first occasion she located a smiley lady in the market who shooed her away to finish her shopping while she killed, plucked and cleaned up the selected chicken. She returned later to find her chicken parcelled up in newspaper. On opening the parcel she found eight wings, a neck, one leg but no breast meat.
The next time, she hung around while the deed was done, took her parcel of chicken home and discovered, six wings, some neck meat, one leg, assorted bits of offal but still no breast meat. On the third occasion she did managed a small amount of breast meat.
During her two year stay in Cairo she regularly bought chicken from the same smiley lady, received progressively fewer wings and more different bits of chicken but never enough to reconstitute a whole bird.
Never mind discussion with Bedouin about the cost of brides in different countries, for Amanda Mitchinson being foreign means never getting the whole chicken…”
I recommend the reader to take a look at the whole article!
_________________________________________________________
SUCH A PRETTY TEAM!
On my Canadian list of websites is Toronto’s Yelizaveta Orlova  website.  It is nicely done and I recommend you take a look.  Especially at the photo section, which includes hundreds of photos taken during the last Olympiad. 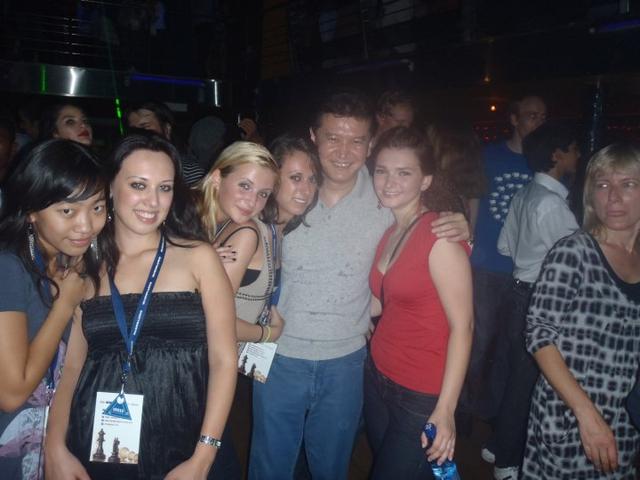 Yuanling, Dina, Liza, Dalia, Kirsan and Julia at the Bermuda Party
Going over the photos, it made me realize 2 things about the Canadian Team–both male and female.  First, how young and pretty the team is.  Second, how so Toronto it was!
While I don’t want this to sound in a negative way, I also want to make clear that I hope the mistakes that happened in 2010 do not repeat them selves in 2012.  A number of the CFC selection rules were abused along the way before coming up with a team that did not truly represent all of Canada.  It is one thing when all of the best players are concentrated in one geographical region, and quite another thing when the Selectors –who are both from Toronto–want to give you that false impression.
Hopefully for 2012, the team will include Bluvshtein, Sambuev, Hansen and perhaps Panjwani.  Then you can put as many players from Toronto as you want to fill in the spaces…that will give you both a strong team and a nice-looking team.
________________________________________________________

Jean Py  has recently put together a site (above is the homepage) that has some interesting photos from the past.  Especially from the 1985 Candidates Tournament in Montpellier.  Each month he will add more photos. 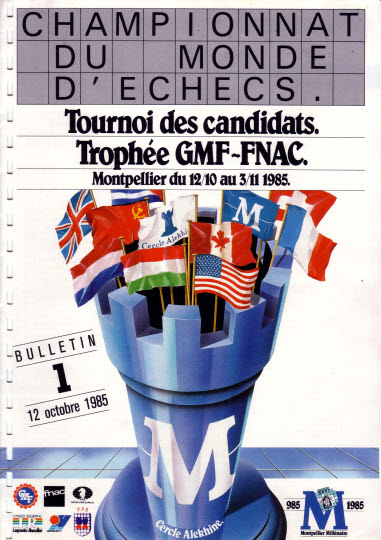 Campo and the Montpellier organizers going over the details

Spassky’s wife speaking with an organizer at the opening ceremony

The 1985 Candidates tournament was one of the first tournaments to use electronic boards and demos…the technology is quite rustic by today’s standards!

Seirawan checking out the pieces before the tournament began.  We were all give a tour and asked for our opinions.

Each of the tournament participants was invited on a different night to appear on a TV show about the tournament.  Here is Tal’s appearance.  I have a video (thankyou, Mr. Py!) of my appearance. 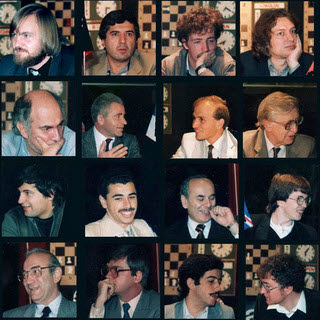 We were all so young once!

Smyslov walking thru the hotel reception
SPRAGGETT ON CHESS
Share