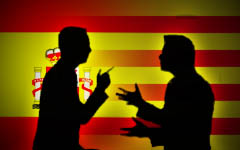 This past Tuesday the Catalan Chess Federation applied for separate FIDE membership status.  LINK  You can find some opinions about this HERE
This is not the first time that this application has been made.  Apparently 12 years ago the Catalan Federation also applied …but the application was rejected because FIDE insists that only states with UN seats can become separate FIDE members.

For my Canadian readers, the similarity with the Québec Chess Federation’s application for separate FIDE membership status in the 1980’s is clear.  And FIDE also declined, along the exact lines as described above.
The people within the Catalan Chess Federation no doubt know that this week’s application will also be rejected, but the separatist aspirations of many within Catalunya will not be discouraged.  No doubt other sporting activities inside Catalunya are seeing similar applications made to the international bodies responsible.
For outsiders , such as myself, Spain is actually a very diverse community consisting of autonomous regions that even have their own separate languages (not Spanish–which is actually castellano).  For exemple, Galiza speaks galego.  Pais Basque speaks basque.  Catalunya speaks catalan.  The rest of Spain speak castellano.  Basque and catalan have virtually nothing in common with castellano.
Furthermore, there are strong Independence movements inside both the Basque country and Catalunya.  Economically, for the rest of Spain, allowing Independence  would be a nightmare as the Basque country and Catalunya are the richest parts of Spain, both having just slightly less GDP-per capita ratios than Switzerland! 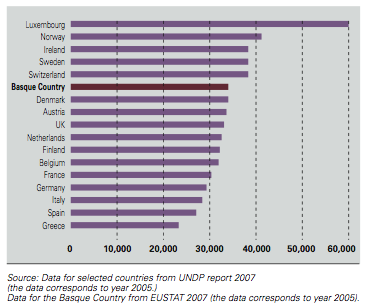 LINK
There are 3 million basques and 7.5 million catalans  (Spain has a population of approximately 37 million)  The Basques and Catalans argue that their taxes are going to support the rest of Spain, which they consider unfair. 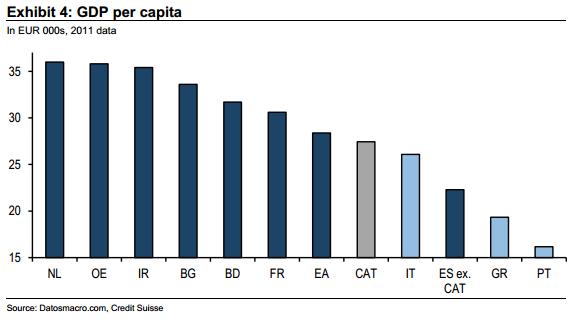 Spain with/without Catalunya, compared with the rest of Europe.  LINK
Fortunately for me, this is none of my business and so I don’t take sides one way or the other!  I consider Spain a great modern country with a  long, fascinating and rich history.  And I love the different cultures and languages I encounter when I am inside Spain–which is often.  I think it is for the people living inside Spain to decide their future.
Ofcourse, when talking about Quebec’s Independence aspirations, I have an opinion:  I think Canada is stronger with Québec.  If one day Québec decides to go its own way, however, then I would accept that decision.
WESLEY SO takes Calgary International!

Congrats to youngster Wesley So for a super performance at the Calgary International which took place between the 14th and 20th of May!  Scoring 8 points from 9 games, he finished 2 points ahead of gm’s Van Kampen, Hansen and Mikhalevski.

While So’s performance can hardly be better, much as in the case of some of Fischer’s greatest successes– what happened on the board did not always reflect in the final score.  So had a number of difficult positions and could have lost at one or two points.  However, I would not call this luck…Wesley simply never gave up in any game, always made it difficult for his opponent and kept landing on his feet!  This is why So is a great player…
Readers can find games to download HERE .Plus you can get much more coverage at Michael Yip’s blog Canada Chess News
Below is So’s very interesting victory over Mikhalevski

Navara played a very instructive game against Cvek in the second round, featuring some very nice tactics–in an effort to take advantage of Cvek not having castled early:
POSITION AFTER WHITE’S 21st MOVE (21.g3)
gm  NAVARA 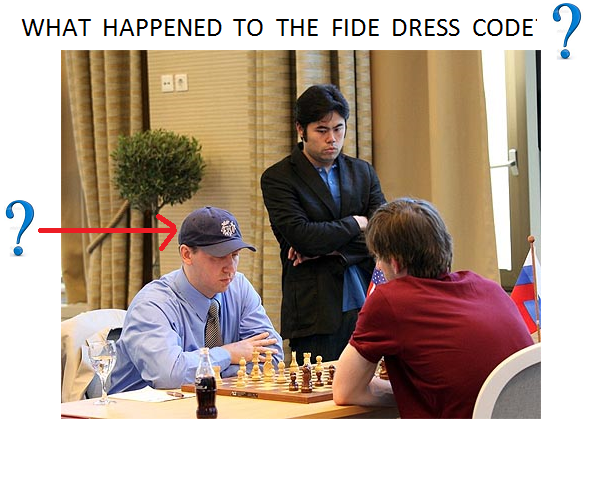 Grand Prix in Greece this week!  Photo of Kamsky (with the cap) playing Grischuk; Nakamura–dressing very italian— kibitzing (!)  Earlier this month FIDE proposed a dress-code that prohibits caps…what would happen if Kirsan saw Kamsky sporting a cap?  Do you think he would flip out?

No!  Kirsan saw the cap and did not say a word!  Moral of the story:  rules are made to be broken!