The 6th round of the Candidates Tournament in London was not a good day for 1.e4-players as the Spanish Opening went down in flames not once, but twice!

1.e4 e5; 2.Nf3  Nc6; 3.Bb5  : Spanish Opening
Svidler went down in flames against Carlsen in 36 moves, while Radjabov went under in 54 moves against Aronian. Svidler encountered problems soon after the opening in a game highly reminiscent of his loss (also with White) against Karjakin in Astana last summer. Accurate  play by the young Norwegian never gave the Russian a chance to recover.

As for Radjabov, his loss can probably be explained by trying too hard to win and get back into the race for first place.  This is the first loss by the Azer in this opening in almost 8 years.

This pair of Black victories firmly cements Carlsen’s and Aronian’s hold on first place as the players quickly approach the mid-point in the double-round tournament.  The seventh round will take place on Saturday.  The winner of this tournament earns the right to challenge the Indian superstar Anand for a title match sometime in the near future (probably next summer).
POSITION AFTER 19 MOVES:
gm  CARLSEN

gm SVIDLER
Svidler’s last chance to stay in the game was shown to be 20.Qe4!, with a complex game.  INSTEAD, the Russian played the passive 20.h3?! and after the precise 20…Bf5! Carlsen took control of the game and never looked back.

gm RADJABOV
Here White turned down , not for the first time, nor for the last time, moving the Rook to the a-file.  The game would then be very complex and not without chances for Radjabov.  INSTEAD,  White’s wishy-washy indecisive play later allowed the Aronian to break in via the a-file himself!

The goddess of chess, CAISSA, is not amused with White’s performance in her favourite opening!

Just a few days ago the American star Nakamura wrote an open letter  where he hinted that he might drop out of the much trumpetted new Grand Prix circuit should the organizers ( AGON )  not offer some guarantees that they actually intend to go ahead and organize them!  Apparently there are no serious sponsors…
Nakamura was referring to American entrepreneur Andrew Paulson and his recently signed agreement with FIDE for the rights to own virtually every aspect of the world championship cycles for the next 11 years. 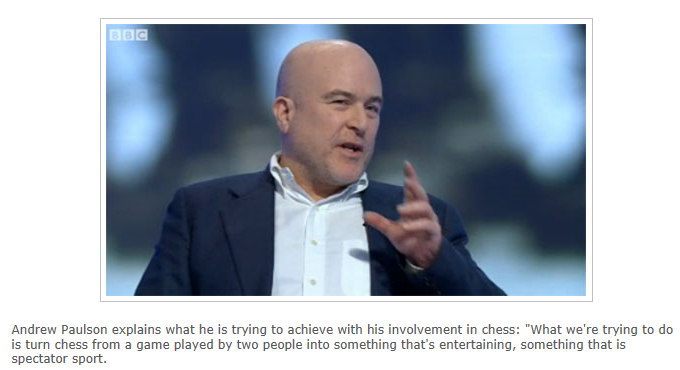 The first events planned , to be held in 2012 and 2013,  include London, Tashkent, Lisbon, Madrid, Berlin and Paris.  The events in Lisbon and Madrid have only recently been cancelled.  They never existed , except on paper.  Sources close to both the Spanish and Portuguese Federations have told me that there was never any serious effort to actually go ahead and organize them.

(Ed:  Paulson , in an interview this week ( here ) said that he had some initial contact with government officials in Portugal, but only indicated that it was friendly.  Clearly, it was not much more than that.)

Andrew Paulson, a passionate chess amateur, is just the latest of a growing list of wealthy and successful business men who had been convinced of Kirsan Illyumzhinov’s vision of making chess  real spectator entertainment.  All the others have since given up the cause.

I personally have long since given up trying to remember the names of Paulson’s well-intentioned gentleman predecessors dating back to the mid-1990’s when Kirsan first took over FIDE.  Names of companies set up for the commercialization of chess still linger in my mind:  FIDE Commerce; Global Chess  and Chess Network come readily to mind. 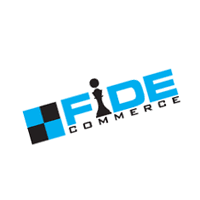 ETC, ETC,ETC…all relegated to the trash-can of history
—————————————————-
The question that has always intrigued me  is how can such successful business men–who should know the world better than you or I–FAIL to realize that the game of chess can not be COMMERICIALIZED and made into a SPECTATOR ENTERTAINMENT?
IN 2009 on my blog I pubished the RESULTS  of an indepth study by J.COCOO Sport Marketing  that came to the conclusion that the game of chess lacked the necessary prestige and visibility to succeed in the 21st century.

While I admire the stubborn efforts of well-intentioned professionals like Andrew Paulson to try to elevate the status of chess, I also question the sincerity of FIDE to so willingly give such long-term contracts for the ABSOLUTE control of the chess world’s most sacred asset: the world title.
Surely FIDE (and especially Kirsan) know by now that they are selling a tainted product in today’s world.  Hundreds of newspapers have dropped longstanding chess columns; dozens of sponsors have left chess.  Isn’t it time to admit defeat and try another avenue to promote our noble game?
I would hope so.
Share