Modern-day Vampires….
Ah, the problems of the super-rich!  Almost makes you want to feel sorry for them….a great story has become an item in the news the past couple of days about Frank and Jamie McCourt’s divorce settlement last year…she got a cool $131 million!

Married since 1979 (that is a LONG time), they split their shared assets evenly.  Which included the Los Angeles Dodgers.  The problem is that several weeks AFTER the divorce settle was finalized, Frank sold the Dodgers for more than 2 billion dollars (much more than Jamie thought they were worth).  NOW she wants another $770 million and has gone to court to try to suck it from Frank …

Here is a nice little study that I tried this morning over coffee.  Originally published in Shakhmatny Listok , 1929, White is to play and win.   I regulary use such studies as part of my training exercises, principally to maintian or sharpen my calculation skills.
It took me some 10 minutes to find the solution, which is quite cute–using symmetry themes.  Try it yourself (I will give the solution later today).  HINT:  If 1.Rh2 Black has 1…Nf2!.  So, you need to have the Black King on the f-file to  prevent this defence.

Bogosavljevic has a commanding lead of one and a half points with just two rounds to go.  From what I have seen so far, Bogo’ wins a lot of games with the Black pieces.  A sharp eye for tactics and not afraid to mix it up.   HOWEVER, the tournament is not over:  Bogo still has to face second placed Damljanovic…should be fun!

Boban celebrates his 25th birthday today! Should he draw or win today, he will become Champion!
gm  BOGOSAVLJEVIC

gm  TOSIC
WHAT IS BLACK’S FASTEST WAY TO WIN?

LINK
KRAMNIK GOES DOWN IN FLAMES TO  ALEKHINE FRESSINET!
How about that Laurent Fressinet playing like an reincarnated Alexander Alekhine!  In a game very reminiscent of the late world champion (Portugal, 1946), the French star defeated Kramnik in brilliant style with the black pieces and even takes over second position as the tournament ends its Paris leg.

Curiously, while the spectators will remember this encounter as described above, the TRUTH is that the game was nothing like a one-sided battle.  INFACT,  as Fressinet admitted after the game, Kramnik  REFUTED his opening preparation after ONLY 5 moves… and it was only after Kramnik started to play quickly that he got any chances to get back into the game.  On move 11 Fressinet played a FORCED sacrifice of a piece …which gave Black the advantage!  Bad luck for the ex-world champion!
1.Nf3  d5  2.g3!?
gm  FRESSINET

gm  KRAMNIK
Kramnik has had excellent results with this Reti Opening in recent times, especially against players who are well prepared in mainline openings.  For example, in round one in this same tournament Kramnik scored a nice win against Vitiugov.
Here Fressinet, trying to avoid Kramnik’s preparation, played a move he had never played before:
2…Nc6!?

Fressinet varies from his usual 2…c6, which for example, he played against Tkachiev several weeks ago.
3.d4  Bg4?!

Hoping that Kramnik was not familiar with this move order…
This position had arisen, by transposition, from a little known game of Fressinet gainst Sosonko (1996, Cannes) that ended in a quick boring draw.  That was the only time that the Frenchman had played this way.  Kramnik’s praxis, for his part, had NEVER seen the position on the board.  Would he be prepared this time?

Best pepared player in the world!
IT NEVER CEASES TO AMAZE ME how well prepared Kramnik is!  I later checked out my opening database to see if Kramnik would play the best (most successful) move order.  He KNEW exactly the way to take advantage of Fressinet’s move order…
WHAT MY DATA BASE NOW INDICATES: 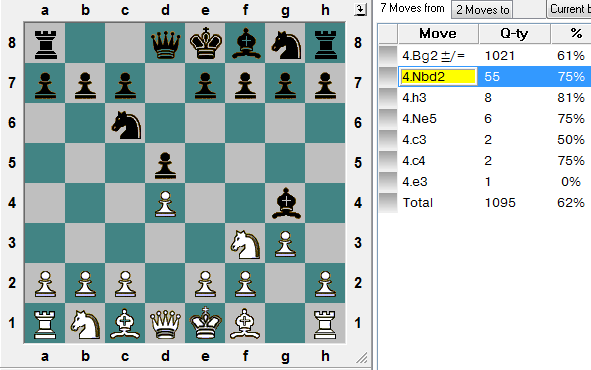 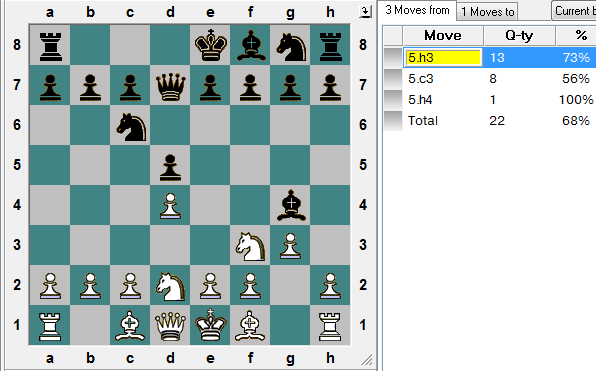 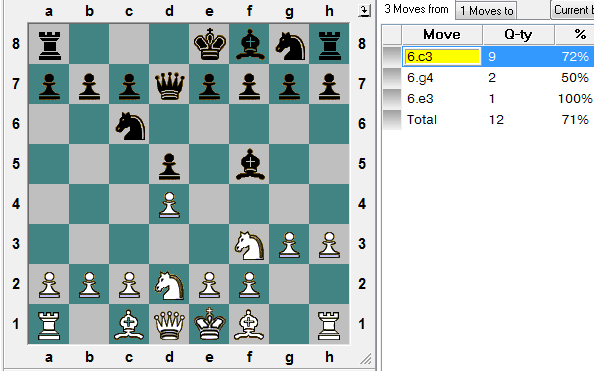 Truly remarkable!  Kramnik has played the most precise move order!
Clearly, Fressinet did not know this exact move order, and after the game at the press conference he admitted that he felt his opening was refuted.  If Black plays now the intended 6…000, then 7.b4! begins an attack against which there is little to do…There fore, showing the great player that he is, Fressinet then ”improvises” and plays a daring gambit line…drawing upon his equally great POKER skills!  BLUFF’s sometimes work!
6…e5?!?!  7.PxP  000

As Fressinet said after the game, after 8.Nb3!  White is simply on top!
At this level of play, I can assure the reader that had Kramnik played this natural move, then he would win atleast 9 times in 10 games against any player in the world!  True, Black has turned the game into a sort of gambit–which is always a complicated affair–but this is not a very good gambit!
INSTEAD–INCREDIBLY–Kramnik now starts to play quickly and soon finds himself with a very difficult–perhaps even lost–game!!
8.e3? Nge7 9.g4? Bg6 10.b4? h5! 11.b5 hxg4! 12.bxc6
12…Nxc6

The tables have turned!  White’s position will soon crumble, despite being a piece up!

With head in hands, Kramnik was quickly wiped off the board!  Beautifully creative play by Fressinet!