IS THERE A FUTURE FOR PRISON CHESS?  MAYBE!

You might want to read more here  and  here .  I think this is a good initiative, though hardly a reason to go to prison in the first case.  I once gave a series of lectures/simuls at a local prison in the Guarda área…I was amazed to see how many good , strong players there were!  You could have easily fielded a team of 5 or 6 players rated over 2100!  Ofcourse, most of the strong players were from eastern europe, caught for drug-related offences.

Back when I was in Canada, I  was once even invited to give a simul at a maximum security prison near Montreal, if I remember correctly.  It was an eye opener…I could see the holes in the concrete walls made from fights between convicts who had used sharpened spoons as weapons…

MISSED OPPORTUNITY AT GRAND PRIX!
Many thanks to Natalia Pogonina’s excellent website  for pointing out that in the last round a missed chance by Ushenina could have resulted in a tie for first place!
wgm  KHOTENASHVILI

Position after 16 moves.  Black had just played a dubious move (16…Nh5?!) in an effort to reduce the White pressure.  Ushenina here played 17.Bxe7, which let the opportunity go unpunished.  The game was eventually drawn.
HOW CAN WHITE GET A BIG ADVANTAGE IN THE ABOVE POSITON?

Always a super-strong tournament, this year’s edition (the 14th edition infact) attracted 286 players, including 143 gms, 63 ims and also 5 wgms and 3 wims.  Ten players tied for first with a strong performance of 8pts out of 11 games.
The scant participation of female players can possibly be explained by a Grand Prix which was taking place simultaneously.  Or maybe it can not be explained so simply…FIDE’s policy of promoting women’s chess is turning out to be seen–in practice– as a type of unspoken segregation.  Something which I don’t understand at all, because if I were a women player then I would jump at the opportunity to play in strong tournaments such as this championship.  (Apparently the organizers thought otherwise and I recommend you read this bit of nonsense.) 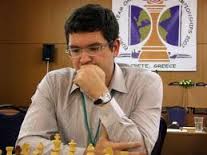 It is only fitting that the tie-break would be won by Alexander Moiseenko, who today celebrates his 33rd birthday!  Congratulations!
gm  VOLKOV,S

gm  MOISEENKO
As usual, Moiseenko played everygame to win, regardless of colour.  And he played many interesting games.  I especially like the finish in his game with Sergei Volkov.
Ofcourse, Black is under tremendous pressure, but his position is remarkably resilient, almost as if it is held together with crazy-glue!   HOWEVER,  Moiseenko found the weak spot without trouble…
WHITE TO PLAY AND WIN! 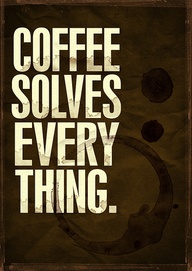