Fischer vs Spassky chess set up for auction

WANT TO BUY A PIECE OF MODERN CHESS HISTORY? 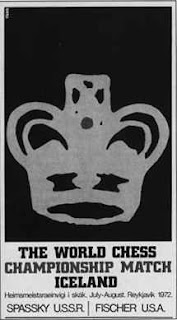 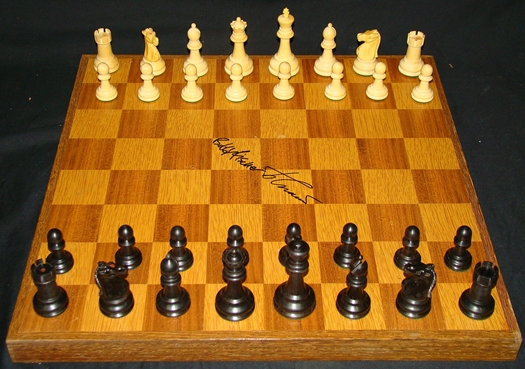 On Thursday, April 21 of this year (yes, next month!)  the actual chess set used by Bobby Fischer  and  Boris Spassky  for the critical 3rd game of the 1972  Iceland match will go on sale.  See photo above.  The board is signed by both players and comes with a Letter of Authenticity.

Fischer-Spassky buffs will remember that this 3rd game was played in an isolated playing room without any spectators–just a closed-circuit tv camera.  Fischer had lost game 1 and then forfeited game 2.  Everyone thought that Fischer would simply go home and pout, but Spassky agreed to Fischer’s demand that the match continue only if he play without any spectators.  (It should be mentioned that Moscow wanted Spassky to simply return home instead!)
The game was the first time that Fischer had ever won against Spassky, and it heralded the comeback that saw Fischer win the World Championship after 21 games.  It should also be mentioned that after Spassky lost the game he refused to play in that same room and demanded to play infront of the spectators in the principal auditorium.  Fischer (surprisingly) agreed…(!) 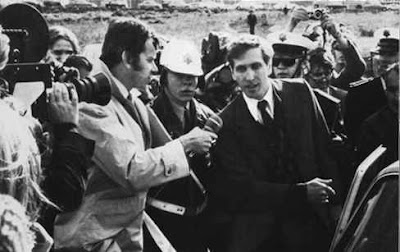 But what a game it was!  Fischer had the Black pieces and played the risky Benoni Defence to Spassky’s Queen pawn opening.  Fischer uncorked the extraordinary 11…Nh5, which allows White to shatter the Black Kingside pawns–but demonstrated Fischer’s  determination to win.  In the complications that ensued Spassky was slowly outplayed and the game was adjourned in a lost position.
Spassky resigned the next day without play.   ”After the third session, Fischer’s mood was transformed.”–Lombardy  http://www.chlodwig.com/Fischer/Fischer-Story.htm  From that point on, both players went head to head in the most gripping match in chess history.  The whole world became fascinated in the America vs USSR showdown over a chessboard…

Philip Weiss Auctions offers Absentee bidding through their website (www.pwauctions.com/index.htm). Bidding through the website ends 15 minutes before the actual auction begins. If you would like to bid in live time you may call and request a phone line (if available) during the auction or visit http://www.proxibid.com/   to bid live during the sale.
Share