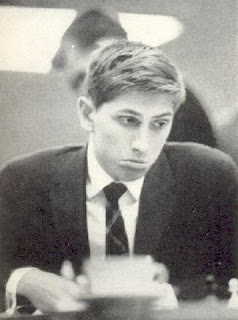 Bobby Fischer was just 17 years old when he played at the Leipzig Olympiad (October 28 to November 9,1960), playing first board representing the United States for the first time at the bi-annual team championship.  Bobby scored 13 points from 18 games, winning the bronze medal for best performance on board 1, behind Robatsch (gold) and Tal (silver). 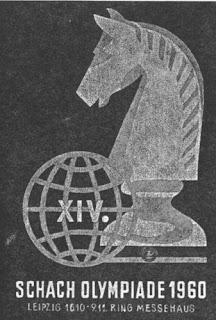 Below are excerpts of an interview with Bobby Fischer  done by the Spanish champion  Roman Toran during this Olympiad.  The interview was later published in the magazine Ajedrez Espanol (July 1961) as well as in Moran’s 1971 book on Fischer (Bobby Fischer: su vida y partidas)
(Gratitude to Winter’s chesshistory for this interview http://www.chesshistory.com/winter/extra/fischer3.html ) 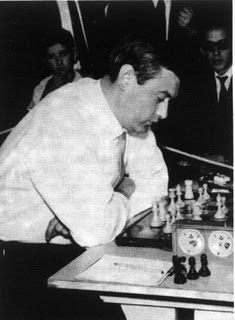 Fischer: Before the [1958] Interzonal I was invited by the USSR Chess Federation to visit Moscow, and I played some interesting training games there with notable young stars like Vasiukov, who was then champion of Moscow. Yes, the trip was very useful.
Torán: They clearly like you, don’t they?
Fischer: They recognize who’s going to beat them. 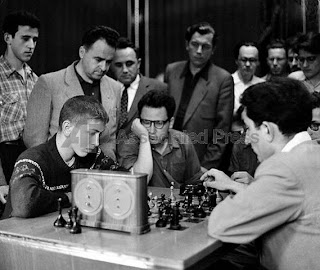 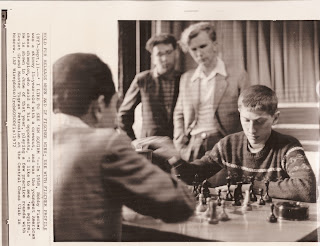 Fischer playing Petrosian in Moscow in 1958.  Vasiukov and Estrin are amongst those watching.

Torán: What does a young Grandmaster do on a normal day, when he’s not playing in a tournament?
Fischer: Nothing.
Torán: Does that mean just chess?
Fischer: No, of course not. It means I don’t do anything special. I like reading, listening to the radio, good movies.
Torán: Have you given up school?
Fischer: Of course. It’s a waste of time for me. I want to be world chess champion, and they can’t teach me anything there.
Torán: How many hours do you devote to chess?
Fischer: It depends. Many days I spend quite a few hours. But other times I don’t even look at the board.
Torán: What is chess for you?
Fischer: A challenge. Each game is a new challenge which has to be overcome. 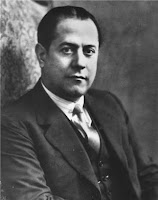 Capablanca: World Champion from 1921 to 1927
Torán: Who has been the best player of all time?
Fischer: Capablanca was possibly the greatest player in the entire history of chess.

Torán: When has better chess been played, in 1930 or now?
Fischer: There’s no comparison. Now there are far more good players, and technical knowledge is more extensive. 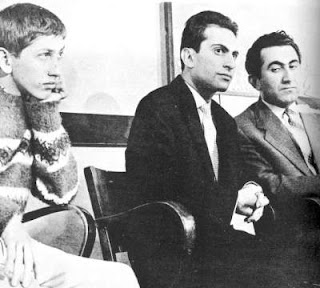 Fischer, Tal and Petrosian at the Candidates in 1959
Torán: Who is currently the strongest player?
Fischer: It’s difficult to say. Botvinnik and Tal are among the best; I also like Spassky, but I think Petrosian is better than all of them. His weakness is too many draws, even against players he could beat easily. Maybe he lacks self-confidence.
Torán: But you never lack self-confidence, do you?
Fischer: No, never. I want to become world champion. 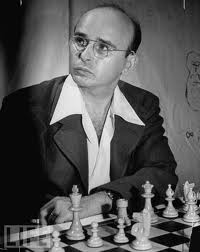 Sammy Reshvesky (1911 to 1992) dominated US chess until Fischer’s arrival.
Torán: What do you think of Reshevsky, your great rival?
Fischer: He’s a good player. He knows the openings better now than in his more brilliant period, but his game is less strong. Maybe he has some complex with me. 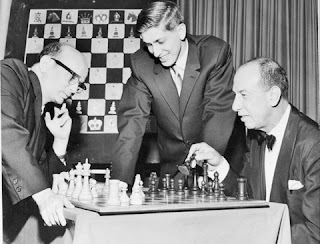 In 1961 Fischer and Reshevsky played a match that ended tied 5.5 points each. The gentleman on the right is Jose Ferrer.
Torán: How do you regard the international scene?
Fischer: The Russians have a great advantage. They’re real professionals and are subsidized by their Federation. Players from other countries have to win to make a living, or work in some other activity. That’s a difficult handicap to overcome.
Torán: Do you like the rules for FIDE tournaments for the world championship?
Fischer: The chess played in them isn’t good because the players hoping to qualify concentrate on making draws with each other and only beating weak opponents. Also, the prizes get worse each time. That’s certainly because FIDE knows we’re going to play in any case. Even so, the system isn’t bad and it has prevented those unpleasant situations in the olden days when the champion practically picked the challenger. 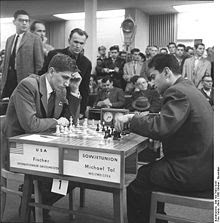 Fischer playing Tal at the Leipzig Olympiad.  The game was a sharp draw.
Torán: Do you think you will soon win the world title?
Fischer: I have excellent chances. None of the champions was a Grandmaster at my age. Maybe in 1963.
Torán: As soon as that?
Fischer: Yes. Why not? Yes, I believe I’ll be world champion soon. 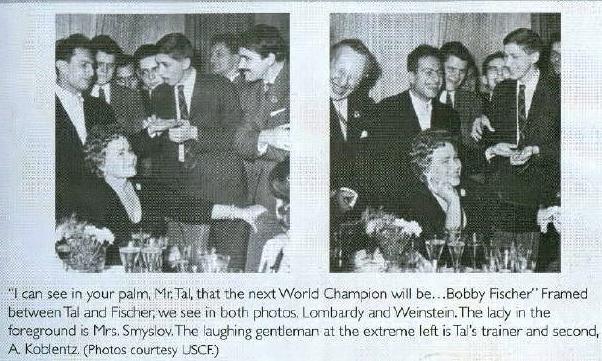