Reminiscent of the great Paul Morphy’s return in 1859 to America after brilliantly trouncing Europe’s best masters of the day, Bobby Fischer was honoured by Mayor John Lindsay shortly after his winning the world title from Boris Spassky. 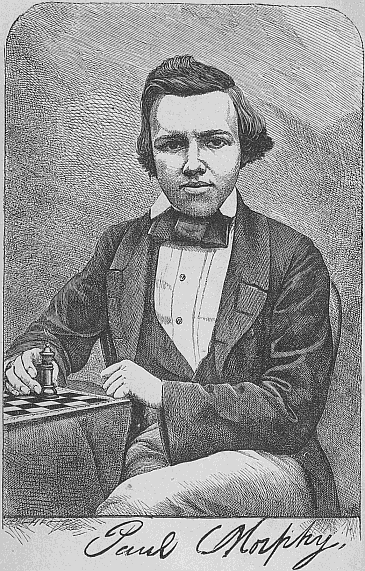 ‘On May 25 at 8:00 pm in the large chapel of the New York University, Colonel Mead presided over the crowded ceremony. “every nook and cranny of the building was occupied, and even ladies were compelled to stand in the passages, so great was the desire to be present on the eventful occasion.” –New York Herald, May 26, 1859. Even a policeman was needed to clear the path for Morphy and his escort, Colonel Mead, to enter the building.’  (From links above)

Bobby was in a good mood.  Surrounded by hundreds of friends, fans and reporters, he felt at home (infact, he was at home(!): he lived there!)  I recognize some of the faces in the video: Anthony Saidy, Miguel Quinteros, Ruben Fine and Bill Lombardy. 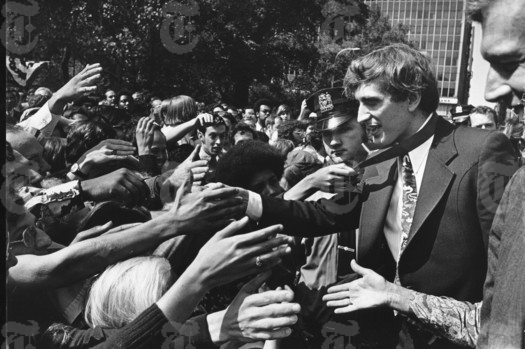 Fischer was jovial, even, and when he said a few words, Bobby tried to be light hearted and funny. And he certainly succeeded in winning over everybody present!

I especially like his delivery: ”Chess is a great game…I never thought I would see the day when chess was all over the front pages here, but confined to only one paragraph in Pravda…I guess that is my fault!”