The ELO rating system is the universally recognized system for comparing chess strengths (performances) and is the big bread maker of the international chess federation.  Every game played and rated has to be paid for by the players and FIDE rakes in millions each year for this privilege. Regardless of whether you think this is a money-grab, the point is that IT WORKS!.
At the most recent FIDE Congress meeting this past week, it was decided to change the way the ELO calculations are made.  As Stewart Reuben, IA by excellence and arguably the most respected authority on FIDE rules and regulations, gave his impressions on the site of the English Chess Federation. 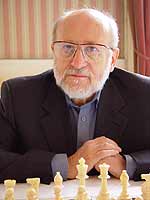 FIDE meeting 9-12 April, Warsaw
Stewart Reuben
I attended these meeting of the Qualification Commission as one of the Councillors. There were 5(!) originally from England, although 2 live in Greece, 1 in Bermuda and 1 in Australia, 2 from Poland, 2 from the US and eventually 1 in Austria. The first part concerned itself with a possible total revision of the FIDE (Elo) Rating System. Some of you may not know that the philosophy of the English Grading system is quite different from the FIDE one. The English one provides an average of a player’s results over a period, now at long last, over 6 months. FIDE provide an estimate of current playing strength, based on previous results.
There was recently an international competition, called ‘Kaggle’ to find the system which most accurately predicts results in chess games. Of course it can also be used for all one-on-one encounters. The Sunday Express hired me to create a system for snooker about 20 years ago. It worked reasonably well, but was never taken up. Most of the entries were based on what is called the ‘Glicko System’ named after Mark Glickman from the US. The winner was Alec Stephenson heading quite a large field. Thus we dubbed it the ‘Sticko System’. Alec presented his system to us.
You can find the technical details in the attached papers. But, be warned, they are well beyond my mathematical understanding. Alec also simplified his system to make it more user-friendly. His interest was intellectual and the $10,000 prize, not chess. Basically Glicko Systems work as follows:
A player has a Rating, which is similar to the FIDE one. He also have a Rating Deviation. The more active the player is, the lower his RD. A lower RD means the effect of a new game on his rating is lower. BUT also the higher the RD, the less effect the result of the game has over the rating of the opponent. This is the great change from FIDE. Currently we have 3 K factors. K=10 for players 2400+. K=15 for experienced players. K=30 for the first 24 games of players. This affects only the player’s own rating.
We agreed Sticko is more accurate than FIDE, but many of us felt this did not justify any change. Accuracy would be very useful if betting on chess games, but few people do this. Sticko means players will no longer be able to calculate their own rating change without a computer program. This is a huge disadvantage. But they would be able to access the changes online.
My estimate is an intelligent 10 year old can easily understand the ECF Grading System. An intelligent 14 year old can reasonably understand the FIDE System. Glicko and its variations is beyond my mathematical understanding, alhough I was last a student over 50 years ago.
The huge selling point is that Glicko handles newcomers to chess MUCH better than FIDE. There are rather more than 100,000 FIDE Rated players currently. There are two separate initiatives to expand the numbers greatly. Glicko has been used in the US and Australia for some years. It was agreed to recommend to the General Assembly in Istabul in September that the FIDE and Sticko systems be run alongside each other as soon as the FIDE Office is able to cope. The FIDE System will continue to count for official ratings, title norms and qualification. It may take as long as four years before a final decision is made. That may seem a long time. But, in context, we agreed on my recommendation in 1999 that the FIDE Rating List go down to 1000 and monthly lists. That process will only reach fruition on 1 July 2012.
That part of the meeting was of ‘Rating Experts’. Was I there on false pretences? Not exactly, my main value to FIDE has been the social effect of changes in regulations. The second part was of the Qualification Commission itself. That is concerned with ratings, titles and a bit with qualification. I will give you a little time to digest this material before giving an account of the much less complex QC meeting.
The papers attached include an explanation by Alec of his system (not for the faint-hearted); an explanation of the Glicko system for beginners and a comparison of Elo with Glicko.
Glicko for beginners
Share