Incumbent FIDE president Kirsan Ilyumzhinov is really serious about being re-elected this coming September at the FIDE Congress slated for Khanty-Mansiysk, Russia.  I can not recall a previous election where  the popular Kalmyki leader did so much campaigning.  He has already visited Central America, Europe, Asia and is presently in Lusaka,Zambia at the FIDE Africa Seminar (July 5-10). 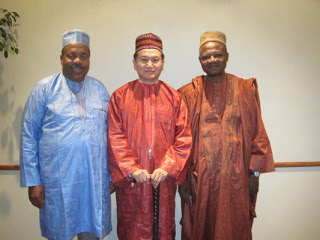 A man on the move!
Also attending are representatives from some 20 African chess federations, specially invited by the colourful  FIDE v-p Lewis Ncube.  ( During a 2006 election visit by grandmaster Nigel Short to Zambia, Ncube asked the police to attend to provide ‘peace and order’.  Nigel was soon asked to leave the premises…)

A faithful Ilyumzhinov supporter: Lewis Ncube
The official invitation to the Seminar states:  ” The objective of the FIDE Africa Seminar is to equip the participants with updated chess administrative knowledge for the effective running of their Federations and to prepare them for effective participation in the 2010 FIDE Congress and other future events and meetings.”

Each seminar participant has his travel paid for by the organizers (ie. the Ilyumzhinov re-election fund) as well as his stay in the 5-star  Taj Pamodzi Hotel .  (Sounds like a nice all-expenses paid vacation!)  The numerous guest speakers include Geoffrey Borg–FIDE Commercial Director–, and FIDE v-ps  Azmaiparashvili and Yazici.  Ilyumzhinov is also expected to speak.
Do I need to add that  this chess-administration seminar is mostly politically motivated.  To think otherwise is just being naive.  It is expected that the participants of this seminar will provide the bulk of Ilyumzhinov’s support from the African continent in the September elections.

Not surprisingly, the Karpov2010 campaign is not at all happy with the extra-ordinarily successful campaign being run by the incumbent President.  Yesterday, on the Karpov website (http://www.karpov2010.org/) , an attempt to discredit the Lusaka meeting was made, trying to argue that FIDE was abusing its position and should not be using seminars as part of a political agenda.

Dr. Aguinaldo Jaime, a respected figure in Africa, and a FIDE v-p candidate in Karpov’s team
A long and angry letter from the president of the Angolan Chess Federation–Dr. Aguinaldo Jaime–was presented.  According to the Angolan, he was not allowed to attend the seminar! (This still has to be confirmed.)  In the letter he invites those attending the Lusaka meeting to a September meeting to be held in Luanda, Angola:
”Having being denied the right to meet with you in person, I have decided to write you this letter. I am hereby inviting you to attend a Conference that will be organized, in Luanda, from 3rd to 5th of September, where the rationale of the Karpov ticket will be fully disclosed.” -Dr.A.J

Short and Jaime in May 2010.
Nigel Short joined in the chorus on TheChessDrum (http://www.thechessdrum.net/blog/2010/06/27/fide-to-hold-africa-seminar-in-zambia/):
”Despite the deliberately misleading name “FIDE Africa Seminar” issued on official FIDE stationary, “FIDE”is not holding an Africa Seminar in Zambia. That would imply that the event in Lusaka is open to all African Federations, which it most certainly is not.
FIDE Vice President, Lewis Ncube, shamelessly admitted in a recent e-mail to the President of the Angolan Chess Federation, Dr. Aguinaldo Jaime, “The African Seminar I am hosting in Lusaka is on behalf of the Kirsan Ilyumzhinov ticket and is being funded by the FIDE President as part of our ticket’s campaign.Attendance is by INVITATION”.
Kirsan Ilyumzhinov and his ticket are perfectly entitled to hold whatever event they want as part of their election campaign – assuming it is done with their own money. However they are NOT, under any circumstances, allowed to call it a “FIDE” seminar and lie about its true purpose….. This latest brazen hijacking of the name of the international governing body, (ironically whose motto is “gens una sumus” – we are one family) for a purely party political event constitutes yet another serious abuse of office by the current administration.
The Karpov2010 campaign, by contrast, is fully open and honest about its intentions. We will host a grand Africa Conference in Luanda from September 3-5, to which many African Federations will be invited. I might add that the event will also be attended by Garry Kasparov.”-N.S. 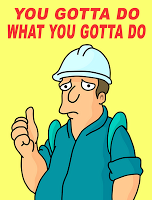 With the Karpov2010 campaign crumbling with each week that passes, it is only natural that instead of announcing its own achievements and successes (there are none to report, apparently), the Karpov team seeks to undermine and discredit the achievements and successes of its opponent.  Before the campaign began it was recognized that the immensely popular Ilyumzhinov was a big favourite, and now that reality is setting in lame excuses are being sought to explain a fast approaching defeat.

Personally, I am not entirely comfortable with Ilyumzhinov everytime he opens his cheque-book and announces a new chess project (be it for a wonderful cause or not) or pays for the travel expenses of his supporters.  So far in this election campaign Ilyumzhinov has promised (and delivered) more than 1.5 million dollars for tournaments in Asia (the Campomanes Memorials) and in Central and South America.  Add to this several millions more on his own personal expenses and those of his campaign staff.
I am not certain how much money Karpov’s campaign has cost him so far (or his backers), but what I do know is that they do not argue from a higher moral ground: where-ever Karpov (or Kasparov) campaigns, expensive promises are made–establishing new Karpov chess schools, talent development projects in Central and South America, and this week a 100,000 dollar sponsorship promise for tournaments in the Americas–and what is worse: they are all dependant on Karpov being elected!  If Karpov is not elected, then these promises are worthless.
Atleast Ilyumzhinov backs up his words and promises with cold hard cash.

Ofcourse the seminar in Lusaka is a FIDE event.  True, it has an obvious political agenda attached to it, but aren’t we in the middle of an election campaign?  When Karpov and Kasparov visited  Bolivia (as just one example)  they were asked by journalists why they had come to Bolivia.  They replied that they  had primarily come to promote the game of chess, but also added that it was  part of their election campaign.  They left Bolivia giving the impression that they would be back –even if they lost the election in September.  We all know that politicians lie…and often.
Elections are politics in action: handshakes, promises(lies), smiles and hypocrisy.  Chessbase wrote an article in 2006 of the incident in Zambia where Short was asked to leave the meeting:
”…When his turn to speak came, Short said he was interested in popularising chess and he is looking forward to spending time with players. When asked about the exact purpose of his visit Short said it was to promote chess in the region and to campaign for change at the management level of the World Chess Federation (FIDE). 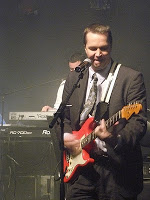 At that time “all hell broke loose” when Buthali used the opportunity to lash out at grandmasters who often organise visits at times of elections. “These guys come here and make promises after promises but after the elections, they disappear. Africa needs to solve its own problems and if we have the right plans we can do it. We don’t need people from outside the continent to tell us what our problems are,” a visibly agitated Buthali said….”  http://www.chessbase.com/newsdetail.asp?newsid=3034
And this is the ugly part of this FIDE campaign, be it of the Karpov team or the Ilyumzhinov team. Many of these countries are only visited at election time, and it is very naive to suggest that it is anything other than opportunism.  All that is important to the politicians is getting the vote.
At least in Lusaka empty promises are not being made, something tangible is being created, something real is being given to the chess organizers who are taking part that can be used long after the election is over…but  ofcourse, Lusaka is not just a FIDE seminar!
______________________________________________________________________
‘The Staunton set’
http://streathambrixtonchess.blogspot.com/
The Staunton Memorial Dinner

As your old test papers used to say: read the passage below and then try to answer the questions.

On 8th September, a black and white gala event will be held at Simpson’s in the Strand (the historic venue where the 1851 ‘Immortal Game’ was played) as a fundraiser for Anatoly Karpov’s campaign for the FIDE Presidency. In deference to the venue and England’s great 19th century player, this will be titled the Staunton Memorial Dinner.

(a) If you were holding a dinner in support of a given cause, wouldn’t you normally name that dinner after the aforesaid cause rather than something completely different?

(b) If you were the promoter of a chess tournament, wouldn’t you be delighted if a dinner which is likely to receive a lot of publicity were to be, somewhat surprisingly, named after your tournament?

(c) If you were supporting the cause alluded to in (a) on the grounds that you were seeking to remove individuals with questionable ethical standards from their positions of influence, would that claim be best served by associating yourself with the individual alluded to in (b)?