Then  FIDE announced that the Presidential Board Meeting slated for Norway July 24 and 25 will certify both candidates’ nominations.  Apparently this announcement did not go over very well with the Karpov camp, who then had Richard Conn (what a name for a lawyer !) draft a letter with the letter head of the giant legal firm White and Case.

Richard Conn is also running for FIDE-deputy Prez
The letter (really a laundry list of sometimes amusing demands and self-serving contradictions) was sent to the FIDE executive director David Jarett and then posted on the official Karpov campaign site (http://www.karpov2010.org/) .  Mr. Conn set a July 6 deadline for his letter to produce results or he might start some sort of as yet undefined legal action against FIDE.

Mr. Conn made a number of ‘interesting’ demands, including the right to see Ilyumzhinov’s nomination papers.  Apparently he had previously asked the FIDE Secretary for this, but was refused. (Isn’t that what the Norway meeting is for?)  Mr. Conn’s letter then goes to great length to try to  discredit the impartiality of the FIDE administration in this year’s election, but does not list a single convincing example to support this thesis.  It remains to be seen if FIDE will take Mr. Conn’s letter seriously, or just ignore it and call Mr. Conn’s bluff.

Who says that lawyers don’t have a sense of humour?   I found parts of the letter quite funny.  For example, Mr. Conn wanted ”false statements” regarding the RCF’s ( Russian Chess Federation) nomination of Mr. Ilyumzhinov removed from the FIDE website (http://www.fide.com/) .  Apparently this must be some sort of copyright-protection issue: in Mr. Conn’s way of thinking  only the Karpov campaign site should be allowed to issue ”false statements” concerning the RCF’s nomination of …Karpov! 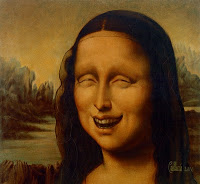 Repeatedly in the letter Mr. Conn emphasizes the importance of respecting the rules and procedures of the nomination process and especially of  rigourously respecting the actual FIDE deadlines.  This all seems to have been conveniently forgotten when, at the very end of his letter, Mr. Conn complains about the difficulty in getting hotel reservations at the Olympiad site (where the election will take place).  FIDE pointed out several times that he had failed to meet the reservation deadlines— but Mr. Conn tries to argue that the deadlines should NOT really apply in Karpov’s case!
My take on Mr. Conn’s letter is that this point is actually the only serious issue that he raises, however.  Siberia can be very cold even in September, and it would be frightful to think of what could become of Mr. Karpov should he have to rough it like the natives. 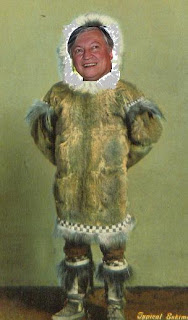 However, I hear rumours that the FIDE incumbent Ilyumzhinov–in the spirit of fairness and respect for Mr. Karpov– has already started to build special accomadations for the former world champion and his entire delegation:

Joking aside, we will all have to wait for the 6th of July to come and pass before we can find out how this soap opera plays out.  I will keep you posted!
SPRAGGETT ON CHESS
Share