It is difficult to believe that it is really happening, but the facts speak clearly: FIDE, our illustrious international chess federation, should now think of changing its motto GENS UNA SUMUS (We are one family) to something that reflects  the colder and harsher code of intolerance that has taken hold. 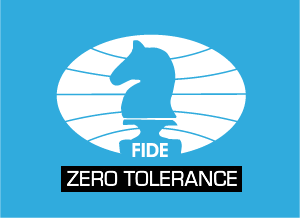 Today chess is no longer a game of gentle-people. Players are routinely forfeited when their cell-phones ring; for appearing at the board 1 second late; for not first getting permission from arbiters before agreeing to a draw…gone are the warnings. There are no fines; nor is there any discretion in the application of punishment.

Zero tolerance imposes automatic punishment for infractions of a stated rule.  In FIDE’s case, the pre-determined punishment is always loss of the game. What is worse, when one thinks of it, zero tolerance also forbids arbiters from exercising their discretion or changing punishments to fit the circumstances subjectively.  Arbiters are required to impose punishment regardless of individual culpability, extenuating circumstances or common sense.

This radical turn of FIDE to extremism (intolerance) is especially curious because the FIDE president Kirsan Ilyumzhinov is a buddhist and proud of it.  Normally buddhists are gentle people that seek consensus and moderation; reason and common sense are valued. 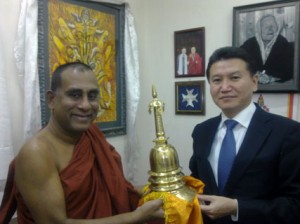 Today ChessBase carries the story of the application of zero tolerance punishments this week at the European Chess Championship in Plovdov, Bulgaria.  Grandmaster Mamedyarov was forfeited a few days ago for arriving at the board 10 seconds after the officially stated start time.  Then yesterday both he and his opponent were forfeited for agreeing to a draw in 19 moves.  The Azer superstar immediately quit the tournament and packed his bags…

A pointless discussion since the arbiters have no choice but to punish said violations
Since the zero tolerance rule for not being at the board the exact moment the game is supposed to start was introduced a number of years ago, I have NOT played in one single european event where the organizers have accepted to impose the FIDE rule.  FORTUNATELY,  individual organizers have the CHOICE of using this rule, and european society does not like to use zero tolerance in its everyday activities….however, I assume the day will come when I will have to decide if I want to play in an event that imposes such harsh punishment for rule violations that not everyone agrees are violations at all!
I think FIDE needs to re-think these new rules.  What is wrong with a written warning?  If it happens a second time in the same tournament, then why not a fine?  BUT to indiscriminately forfeit the player immediately can  destroy the prestige and respectability of the entire tournament, not to mention change the very outcome of the event itself.
SPRAGGETT  ON  CHESS
Share