http://www.echecs.asso.fr/
On Saturday March 19, in Paris, at 10:30 a.m. will convene the Disciplinary Committee of the FFE to consider the facts on the cheating incident involving three well known and respected titled-players.  At this meeting,apparently, it could be decided whether to up the ante by taking the whole process to criminal court.
As reported by the FFE today on its website (link above), as well as on several leading chess sites (including chessbase) it might be necessary to do this inorder to obtain transcripts of sms messages between the 3 individuals involved made during an actual game at the last Olympiad in 2010.  Apparently one of the phones involved was lent by the Vice-President of the FFE (Mrs. Pomian) to one of those cited in the process.

A court judge ruled that confidentiality of the sms messages takes precedence over the FFE’s wish to obtain the transcript, and can only be obtained if the FFE wants to elevate the case to the criminal level.  This is what will be decided at the meeting next weekend.
http://www.echecs.asso.fr/Actus/5217/Reponse_Affaire_triche_organisee.pdf
So I guess we will all have to wait and see.  I know all of the individuals involved in the case (including Mrs. Pomian–infact,I know her entire family. The husband is a respected physics professor born in Portugal )  Everyone is well respected inside the French chess community.  It is this dimension of the  scandal that is the most fascinating, in my opinion.
Did the players cited in the above FFE  process give in to temptation and actually cheat–if only once?  Or is all of this just an over-reaction to  growing frustration  and feelings of impotence by arbiters and federations in the wake of increasing (allegations of )  cheating using high-tech during games and matches?
Whatever the outcome, I think that bringing this case to the public eye is an important step forward in our chess community.   It is time for FIDE to act to guarantee players and arbiters a cheating-free tournament environment.
_________________________________________________
MEANWHILE, IN OTTAWA CHESS… 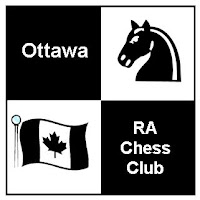 …AN UNUSUAL SOLUTION TO CHEATING!
RA Ottawa Chess Club organizer Gordon Ritchie was quite upset by an alleged cheating incident that he witnessed involving a youngster at a recently held tournament in the Ottawa area.  To the extent that he posted his frustrations on a message board and asked for feedback on what to do next time.
A wide spectrum of suggestions was given, ranging from organizing a witch hunt to actually gathering evidence of cheating (this last suggestion was offered by myself and IA Gary Ruben). 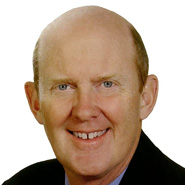 Why is Gordon smiling?
Apparently such a methodical approach did not meet with Gordon’s approval:
” Kevin has a great deal of experience in these matters and Gary’s comments are valuable but in this specific case, both do rather tilt at windmills.
While I have no doubt that the individual was in fact using technical assistance, to prove it beyond a shadow of doubt would have required the TD to break down the stall and strip search the player. That would be quite unacceptable…”
Breaking into toilet stalls and stripping the occupant against his will is a practice that the present management of  the RA Chess Club  has been working to discourage and to put an end to in recent months… today the club is more interested in its image as a chess club than as an alternative recreational bar.
To this end, I just learned that the executive management of the RA Chess Club met yesterday and has instituted a mandatory dress code  that will make it easier to detect young cheaters who try to hide tech devices on their person.
In particular:
A) If a hat is to be worn, then the ears must be clearly visible
B) The use of sweaters or loose clothing is prohibited
(this might be   used to hide transmitters and other tech devices)
C) A deliberate attempt to cover up the body is frowned upon

TAKE PRIDE IN YOUR CHESS CLUB! 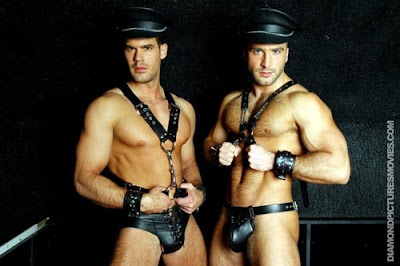