http://www.europechess.net/
The extraordinary meeting of the ECU this week in Aix les Bains (France) saw some equally extraordinary changes to the rules of chess.  In particular, to counter  excessive use of databases and computer engines two important modifications to the rules were passed:
1) enpassant is no longer a legal move
2) castling is prohibited if the King has been checked
It rests to see what FIDE, the world governing body of chess, will do now.  It is difficult to imagine that games played in European tournaments can now be included for rating under the ELO rating system.

Silvio Danailov, president of the ECU, surprised everybody with the introduction of these two ammendments to the rules of chess.  ”Enpassant is too complicated a move and is responsible for many young players leaving the game of chess.  Besides, something had to be done to save the game of chess from computers and databases. Thankfully for the game, I am president of the ECU.”
What are the immediate implications of the new rules (to become effective July 1st)? The opening theoreticians have already started to work on this answer.  All the modern opening variations that see an early check will need new evaluations and this will be a new incentive to explore new opening lines.  Just a few examples of how this single rule change will render databases useless:
BLACK LOSES HIS RIGHT TO CASTLE

1.e4  c6  2. d4? Qa5ch!!
Danailov continued: ”Now chess players will have to start fighting much earlier than before. This will stop many from making fast draws.  The spectators will love the changes and finding sponsors should be easier than before.  And one last thing: now if someone plays enpassant we will know that he is using a computer to help him play!” 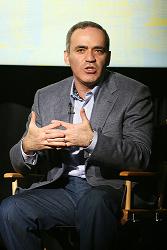 Chessbase reported this morning that former world champion Garry Kasparov approved the changes.  ”After I stopped playing chess, it was necessary to try to do something new to save the game. These changes are not perfect, but represent a good start in the right direction. ” 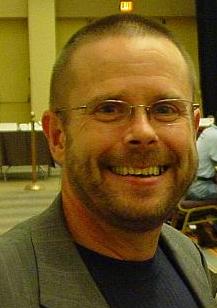 Canadian FIDE representative and international arbiter HAL BOND was contacted by this writer for his opinion on the rule changes.  Bond’s immediate reaction was ”I like these changes and hope that FIDE follows suit!  These changes will increase the importance of giving check at the first available opportunity (after all, it might be mate!). As for the enpassant ammendment, I think this is a good idea also.  Enpassant is too complicated for amateurs.  When I teach chess to my students I never even mention the move!”