Dvorkovich has the last word…

And so it is official: the Karpov/Kasparov Gambit this past Friday, held at the Central Chess Club in Moscow has failed.  It was nothing more than a political rally, devoid of any authority. A failed palace coup probably masterminded by Kasparov himself just to get more media coverage.

Not one to mess with
Chief economic adviser to Russian President Medvedev, Arkady Dvorkovich, is wasting no time and is calling for heads to roll immediately. The Kremlin is all ears…

Russian President Medvedev has committed himself to cleaning up sports federations in Russia, following the embarrassing debacle at the Winter Games in Vancouver. No doubt Dvorkovich will use his close relationship with the Russian leader to rapidly clean house in the Russian Chess Federation in the wake of Friday’s palace coup.
In an exclusive interview for the Russian media and  Chesspro.ru  and only yesterday  published at the popular English language chess site  Chessdom, http://interviews.chessdom.com/dvorkovich-interview-chesspro, Dvorkovich calmly explained the situation and for the first time we actually get some real information and objective perspective on the farce that Karpov got himself involved with this past Friday. The next few days should see immediate changes inside the Russian Chess Federation.
Some excerpts of this interview:
”Therefore, any information, declarations regarding the decisions taken by the Supervisory Board and the Russian Chess Federation as a whole, is false, fraudulent and out of reality. I expect that the persons who in fact violated the acting norms, first of all – internal norms of the Federation – shall incur responsibility. I also expect that they shall resign.” 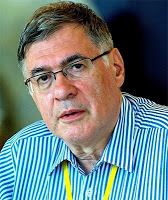 Alexander Bakh, a well respected chess official in Russia, is expected to resign this week
”At the same time, I think that the further work of the current management of the Board in the person of A. Bakh is not possible. I do not trust him as head of the RCF. I think that he should resign.”
” In order to elect a new Board, another Congress is necessary. I am ready for this, in case it is necessary…  This will find a solution to an existing conflict and guarantee normal work of the Federation.”
”From my point of view …in case if any other candidate, including A. Karpov, could provide the nomination of his candidacy from any other Federation, then the RCF should not use the “veto right” stipulated by the FIDE Statutes and block this candidacy. So at least two candidates could run.”

Dvorkovich is the 3rd from the right
From my take on things, it was a serious error on Karpov’s part to be lead to believe that  a dramatic political rally this past Friday would be of benefit to his campaign.  Any chances of successfully defeating Kirsan Ilyumzhinov in the upcoming FIDE elections depended on getting not just the RCF’s support for his candidacy, but in especially getting the help of the Kremlin.
Now it seems that all he will get is a compromise from the RCF allowing for dual Russian candidates being allowed for the FIDE election, and the sworn animosity from the powers that be in the Kremlin.

Kasparov, Karpov and Bakh. The bluff failed
It was a desperate gamble that backfired.  Arkady Dvorkovich is too powerfully connected to be simply ignored and then humiliated by the 2-Ks. The Karpov campaign is now in a desperate situation, and Kirsan Ilymuzhinov must be laughing his head off at the political naivety shown by Kasparov and gang. Now it is Kirsan who looks the more honest candidate…

Kirsan Ilyumzhinov is a master of political survival.
SPRAGGETT ON CHESS
Share