Dumb-ass quotation of the day

Times have changed since Bobby Fischer’s ”I don’t believe in psychology…I believe in good moves.”  Today a new breed of chess players is rising to the top: ‘‘poker” players; gamblers who don’t want to be limited by good moves alone.  They want luck, also.  And they are willing to sell their chess-soul to the devil for it!

American star Hikaru Nakamura is one such player. Grischuk is another Recently Kasparov said in the press: “Hikaru’s talent is proven, but he must decide that it is more important to win in chess than in poker.”


After 3 rounds of the very tough London Classic the American had a respectable 50% score (one win, one loss and one draw), but he was already feeling desperate after an unfortunate loss against Norwegian  Carlsen (his 5th straight loss to the prodigy)


So in the 4th round Nakamura knowingly played a bad opening; he knew he was lost but he couldn’t give a shit.  He had tried to believe in good moves the round before against Carlsen but had failed miserably when he ran into time-trouble. Today luck was on the American’s side:  an off-form Anand made a ‘??’ blunder and in one move the position went from dead lost to dead winning for Hikaru…

”I was in one of these moods after yesterday’s loss to Magnus…where I felt like playing something exciting and I didn’t really care if I won or lost…so I just took a chance…I attack and if it works it works; if it doesn’t, I lose and look like an idiot.  The onus is on Vishy to find all the right moves.” 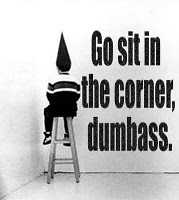