Does Team Canada have more American-born players than Team USA ?

In some senses, why should we be surprised to learn this?  North America is all about immigration!  While I can not speak as authoritatively of the USA, Canadian Chess has always depended on the immigrants coming from countries that have a richer chess culture.  Canadian champions such as Vranesic, Suttles, Biyiasis, Ivanov, and Sambuev (just to mention those that come readily to mind) all learned chess in their native country.  Yanofsky and Zugic actually learned chess in Canada (!), though were born in Poland and Serbia respectively.
Our Olympiad Teams have historically been comprised more of immigrant players than Canadian born players.  While Canada today has 4 native-born grandmasters, none are participating on this year’s team.
I bring this interesting topic to the readers’ attention because of a comment that I read by Andrei Botez, father of  Alexandra Botez  ( proud member of the Canadian Womens Team) on one of Toronto chess’ message boards:
” (The) 2012 Canadian Olympic teams have more USA born citizens than (the) USA teams! ”

The talented Alexandra Botez!
You can see below that this is infact true!  Nakamura was born in Japan; Robson was born in Guam; and the rest come from Eastern Europe, the Ukraine or Russian Republics.  NOT a single American born player on the teams! 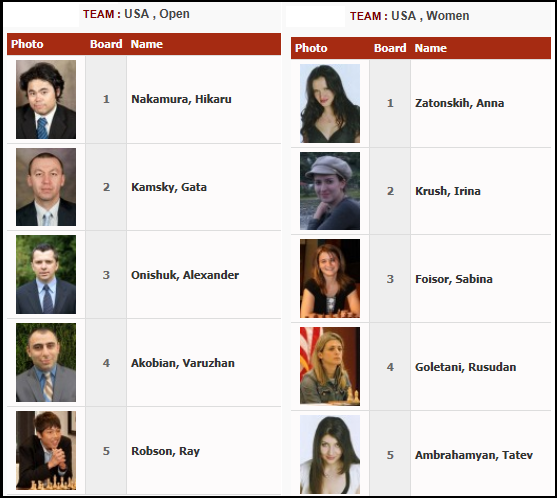 Eric Hansen apparently was born in the USA (!), making him –along with Dallas born Alexandra Botez, the ONLY North American-born players  on the combined teams to be participating in the Istanbul Olympiad!  Times are a changing… 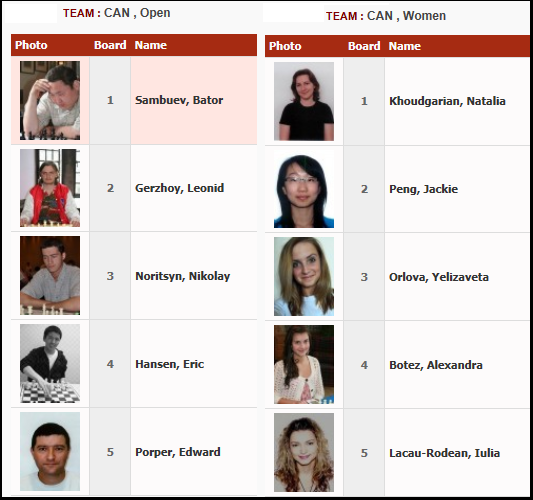