Did the European authorities over-react?

”….In the six days that followed, Europe turned into a no-fly zone. Airlines globally lost an estimated $1.7bn (€1.3bn, £1.1bn) in revenue. Some 7m passengers were stranded, delayed or otherwise affected.  Now, as flights resume, the question asked around the world is: did Europe over-react?”

How Europe flew into uncharted territory

Andrew Haines, the head of the UK’s Civil Aviation Authority, was on the 5:10pm train from Gatwick airport to London last Wednesday when his mobile phone rang.
It was Phil Roberts, the regulator’s assistant director of airspace, calling to say there were “some issues around this volcano in Iceland”.
Unbeknown to either man, on April 14 there had been a huge eruption at Iceland’s Eyjafjallajökull volcano, spewing volcanic ash into the air.
“At that stage there was no sense this was going to be a very big issue,” said Mr Haines, who was appointed to the CAA last July after many years running UK train companies.

He headed off on his commute home near Oxford. It was the last time he would see his house for nearly a week, except for one night when he went back for clean clothes.
In the six days that followed, Europe turned into a no-fly zone. Airlines globally lost an estimated $1.7bn (€1.3bn, £1.1bn) in revenue. Some 7m passengers were stranded, delayed or otherwise affected.
Now, as flights resume, the question asked around the world is: did Europe overreact?
For executives such as British Airways’ Willie Walsh, who flew from Heathrow to Wales on Sunday night to show how safe the skies were, the situation was clear. “I don’t believe it was necessary to impose a blanket ban on all UK airspace,” he said on Tuesday night, after the UK lifted its flight bans.
For the hundreds of officials charged with making the decision, it was not quite so simple.
For one thing, there is no single European regulator. A series of regulators in each country, along with the air traffic control service providers, control the airspace.
In the UK, Mr Haines got that 5am call on Thursday morning to say National Air Traffic Services was closing down airspace.
If the eruption had happened 10 years ago, Mr Haines would have taken that decision, not Nats, because the air navigation service would have been part of the regulatory body.
But in 2000, the UK implemented a European Union decision that the two bodies had to be separate, on the grounds that a service provider such as Nats could not regulate itself.
So Nats closed airspace while Mr Haines sped to his office in central London where the CAA put its crisis management plan into action, pulling together dozens of officials from Nats, the Department for Transport, the Met Office weather agency and its Volcanic Ash Advisory Centre. 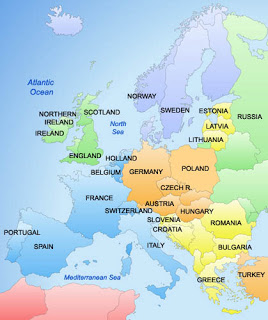 The centre, one of several around the world, had the now infamous model for forecasting how a large cloud of ash might move in the skies and when it would disperse.
Developed after the 1986 Chernobyl nuclear reactor disaster, it had been used to manage emergencies ranging from the Kuwaiti oilfield fires during the first Gulf war, to the 2005 oil refinery fire at Buncefield in England.
It had never been used to predict how long a huge cloud of volcanic ash would last across one of the world’s busiest airways.
But there was a much larger problem for those charged with making a decision on what to do: even if the VAAC model was 100 per cent accurate in terms of where the ash cloud was, how could the regulators know how dangerous it was to aircraft?
Would any aircraft lose power in all engines, as a British Airways jumbo jet did in 1982 when it flew near a volcano in Indonesia? Or would the tiny, invisible ash particles just sandblast the sides of the jet and turn the windscreen opaque, as had happened in other incidents? How long would airspace have to be closed? What were the rules here?
The rules, it turned out, were quite simple. But also deeply frustrating.
The International Civil Aviation Organisation, a United Nations body based in Montreal that co-ordinates minimum air safety rules, had come up with international guidelines after the BA incident above Indonesia for what to do when volcanic ash was in the air. The trouble was, they said: “There are no agreed values of ash concentration which constitute a hazard to jet aircraft engines.” It added: “In view of this, the recommended procedure in the case of volcanic ash is exactly the same as with low-level wind shear, regardless of ash concentration – AVOID AVOID AVOID.”
The regulators looked to the weather. Perhaps the wind might change? But a high pressure system meant stable weather was going to keep the cloud put.
In Brussels, concern spread. Individual member states, who have control over their own airspace, had acted quickly in following rules to ground flights once volcanic ash had been detected. But it was not clear that they would have the wherewithal to return jets to the sky.
“It was quite clear on Friday night that no one could take the first step,” one European Commission official said. “No one wanted to make the first move. What if a plane falls out of the sky? It had to be done on a European basis.”
By Saturday, policymakers had gathered at the headquarters of Eurocontrol, the group that co-ordinates air traffic among 38 European countries. Airline executives were also there, complaining that the safety policies were too restrictive and that US and Asian regulators – more experienced with volcanoes – would have handled the situation better.

Attention now turned to the manufacturers. In London on Saturday, the CAA set up a teleconference with representatives from jet engine and aircraft makers around the world to ask for more information about the risks posed by volcanic ash.
“We said, ‘Look, what evidence would you need to follow to support revised guidelines?” said Mr Haines.
By this stage, he and other regulators were in almost hourly contact with the FAA in the US.
The US abides by Icao guidelines but implements them differently. Instead of closing airspace itself, the FAA merely tells US airlines there is ash in the air and recommends they avoid it. It is up to the airlines to stay safe. So far, they have.
Pressure began to mount on the European authorities to follow suit.
By Sunday, airlines were urging the adoption of the US model. But officials were unsure. For one thing, the US had not had to deal with an ash cloud over all its busiest airports, as Europe did. For another, Mr Haines says: “The FAA themselves advised ‘you shouldn’t jump to that model yet’,” explaining US airlines had years of experience, which had allowed “a level of maturity” in the industry.
“When you are dealing with people’s lives, you can’t just say ‘we think this is restrictive, let’s invent something else’,” said Mr Haines. “You have to have a robust, scientific basis to take the correct decision.”
By Monday, officials had come up with new system, which would divide the air space into three zones: a core no-fly area where there were heavy concentrations of ash; a buffer zone around that and a third open-skies area through which aircraft could fly.
But in London, officials were still waiting to get a firm word from manufacturers on what was safe for their engines. That word did not come through until Tuesday afternoon. The skies in the UK finally opened a few hours later.
Asked why some opened earlier than the UK, Mr Haines said: “You would have to ask them about that.”
Share