Legendary singer-songwriter dies at age 73 after a long illness.  Hawkins was the first white artist signed by CHESS RECORDS in the 50’s.  Wrote SUZY Q, that went on to be recorded by dozens of artists.

Rockabilly pioneer Dale Hawkins, who’d made his home in Central Arkansas since the early ’80s, died last night after a long battle with colon cancer. 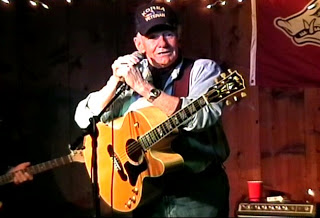 A career spanning more than 50 years
The funeral is scheduled for 10 a.m., Thursday at the North Little Rock Funeral Home on Main Street. Visitation will held between 5:30 p.m. and 7:30 p.m. on Wednesday. 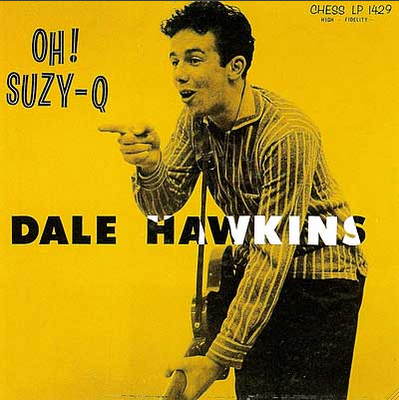 Born in tiny Goldmine, La., Hawkins famously wrote and recorded the 1957 hit “Suzy Q,” the first release by Chess Records of a white artist. Later, as Lauren Wilcox Puchowski’s fine profile in the 2005 Oxford American Music Issue details, the swamp rocker took a winding route through the music business to get to Little Rock (and later, and more lastingly, North Little Rock), where in 1999 he released the essential album “Wildcat Tamer”:

Performing with the Lewis sisters
Dale made the most of the attention he got from “Susie Q” and a few other releases. He appeared at record hops around the country, and by the end of the ’50s, he was the host of The Dale Hawkins Show, out of Philadelphia, with guests like Dizzy Gillespie and the Isley Brothers. When the craze for rockabilly—what writer Bill Millar calls a “mayfly era”— began to wane after a few years, Dale found work as a producer — in part, he said, to “quit the road” after his two sons were born.

Dale was quite successful as a producer, with hits like “Western Union” by the Five Americans, “Judy in Disguise” by John Fred & His Playboy Band, and several well-received albums by the Uniques. At one point, three songs he had produced made the Billboard Top 100 at the same time: “Western Union,” “Do it Again a Little Bit Slower,” by Jon & Robin, and “Sound of Love,” also by the Five Americans. Neither band had ever been in a studio before.

Along the way, two things happened. One was that Dale became addicted to the stimulant Benzedrine. The other was that “Susie Q,” to which Dale had sold his share of the rights to Stan Lewis for two hundred dollars a few years before, had become a hit again for groups like Creedence Clearwater Revival and the Rolling Stones. It is hard to know, from the stories Dale tells and the way he tells them, what, exactly, persuaded him that he’d had enough of the music business, but in the early ’80s he moved to Little Rock and entered a rehab program there.

For a while, he eschewed music altogether. An aptitude test administered in rehab suggested he might have a talent for motivational speaking, and for a couple of years he gave seminars for businessmen at insurance companies. He started Little Rock’s first crisis center, with a suicide hotline for teenagers. In 1986, Dale received an envelope in the mail from MCA, which had bought the entire catalog of Chess Records. envelope held his share of this transaction, a check for sixty-four thousand dollars, after which he began to entertain thoughts of putting together his own studio and making music again.
__________________________________________________________________________
A Youtube video of a young Dale Hawkins performing Suzy Q on live television can be found at this link:

http://www.youtube.com/watch?v=QA-ksOHP0bY
The soldiers await for the helicopter to arrive

Once arrived, the playmates begin their show, with Suzie Q as the music

The choreography was provocative

The soldiers begin to get rowdy…

The playmates feed into the frenzy… 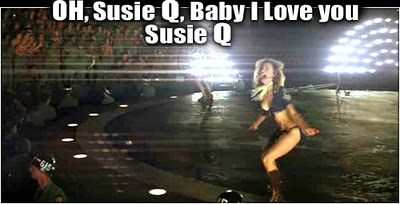 Then chaos begins as the soldiers forget themselves and begin to rush the stage….

The entertainment has to end immediately and the helicopter takes off…

And some crazy soldiers try to hold on…completely mad!

BLAME IT ALL ON DALE HAWKINS FOR WRITING A SONG THAT HAS TRANSCENDED GENERATIONS…!
Share