ERIC CAPS A FINE YEAR WITH A WORLD CUP QUALIFICATION

Photo Link
This year will no doubt go down as Eric’s best year yet  in terms of international results. In the past 4 months he has earned all of his GM-norms and qualified for next year’s World Cup.  Congrats! 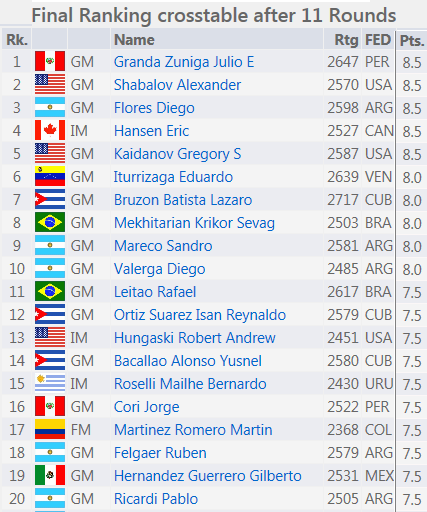 link
This latest in Argentina did not see the same level of play as Eric showed in Greece in August–and by his own admission he was a bit lucky–but the important thing in sporting results, even when slightly off form,  is consistency and Eric’s latest results definitely show consistency.  Consistency is the sign of a great competitor. 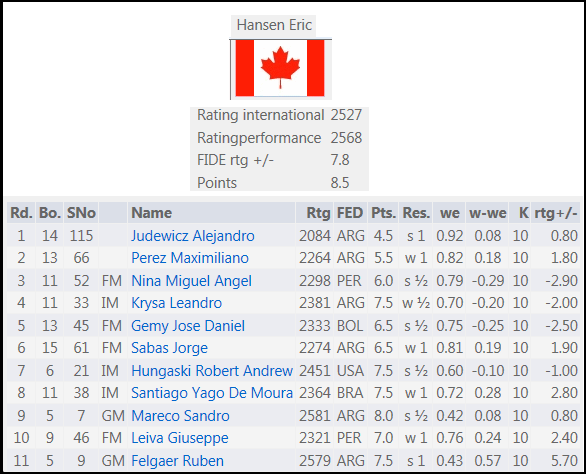 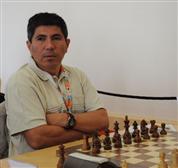 My friend Julio Granda took first place on tie-break over 5 players with 8.5 points in 11 rounds.  There was then a quickplay  playoff to determine which 4 would go to the World Cup.  In the end the Argentine star Diego Flores fell to the wayside (he lost to Eric in a must-win game in the final playoff).
Julio was over at my home in Guarda just a couple of weeks ago and we had a chance to talk of his future plans.  He and his family have been living in Salamanca (Spain) these past 5 years or so. Salamanca is just a couple hours drive from Guarda.  Julio is still a very tough competitor and has been the top player in Peru for more than a quarter century.  He has recently worked hard on his english and plans to start teaching chess on the internet.  Any of my readers who are interested in taking some lessons from him, just drop me a line and I will get you in contact with him.
————————————————————–
With this excellent result Eric should now firmly establish himself as one of the top 3 active Canadian GMs.  Eric  has some catching up to do in terms of knowledge and skill compared to Lesiege and Bluvshtein, but  still being  a relative  youngster I hope–no, I am certain— that his drive and ambition will soon enough be able to surpass them and even  work up to the 2600 — 2700 range (ELO).

I understand that Eric has put aside his academic studies for the time being, and will establish a base in Europe, probably Belgrade.  Europe has the most and best tournaments for an up and coming player.
I am certain that all of my thousands of  Canadian fans and blog readers wish Eric the best of luck with his future endeavours!
SPRAGGETT   ON   CHESS
Share