Igor Smirnov is a Ukranian born GM and apparently a very successful chess coach.  You can do a google search for him and come up with a number of sites.  For example, try this one.  He has a knack for commercializing his product that sort of reminds me of super-guru Anthony Robbins: 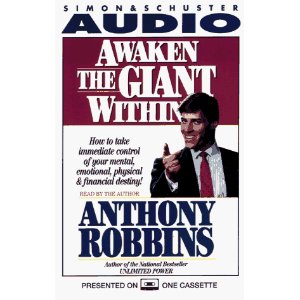 Anthony Robbins built an empire selling excessive optimism  and the American dream to millions of people all over the world. Smirnov decided to copy this proven strategy…

Hey, wait a minute!  Why does one need to buy all of this stuff  to become a ‘self-taught’ Grandmaster?  (Oops!  I wasn’t supposed to ask that…)

Kasparov and Smirnov doing some promotional work
I don’t want to criticize Smirnov’s efforts to promote chess –my god, there are so many worse 2nd-rate books, videos and DVDS out there–but it seems to me that something has been lost along the path that Smirnov started on years ago…
Take a look at this free-video that Smirnov has put on youtube.  Although it is filled with useful advice for beginners, it is also filled with cheesey contradictions.  For example, Smirnov advises players not to play ‘dubious’ openings like the Kings Gambit (!), the Center counter (1.e4 e5 2.d4) and the Bird’s Opening (1.f4)–”and stuff like that” as Smirnov puts it.  But later on in this video lesson , he suggests that a good way to avoid your opponent’s computer preparation against your Kings Indian is to play the Dutch (1…f5) !  Go figure that one out!

I got a kick out of Nigel Davies blog this week on how to get a chess title.  He suggests that if all you are really interested in is a title (any title)  then the most direct path to pursue is correspondence chess (sorry, Gary Ruben).  All you need is a fast computer and a strong chess engine…
BUT…if improving is the name of the game, then titles don’t come cheap.  Or easily.  A dirty word is involved:  WORK.   Worth reading.
HOW TO GET A TITLE
Occasionally I’ve had people ask me what they need to do to get a chess ‘title’ rather than have the focus on improving their game, presumably with idea of enhancing their reputation. The process is actually rather simple if someone really wishes to go that route and some may value the publicity or bragging rights if they really value that over the personal development angle.

Basically you should aim to play correspondence chess and just need the the most powerful computer available. Then run Rybka or Fritz on it and use Chessbase for the opening research (using the reference tab you can get the stats for the next move in the line you are playing). Your job is just to manage the machines and software whilst avoiding the temptation to play any of the moves yourself. What are the drawbacks of this strategy? Well a problem for some players is that they might get done for cheating if they use their mega-computer in a ‘no engines’ tournament. There are ways of detecting engine use based on the moves that are being played so the computer assisted title aspirant should choose his events with care.

Another problem can be the temptation to overrule the computer, which probably happens quite a lot when people secretly believe that it’s really down to them and not their computer. I am a firm believer in mankind’s enormous capacity for self deception.

Is there a simpler and less time consuming way of enhancing one’s chess reputation? Well probably, though some increased investment might be required. First of all one might consider outsourcing those correspondence tournaments to a third party. Tim Ferris in his Four Hour Work Week book explained how to get dates by outsourcing to virtual secretaries in India so this shouldn’t be too hard given the number of impoverished chess players in the World. The problem here though is similar to that of hiring a hit man (I imagine), they might spill the beans especially when they actually get the title for you.

Is there a less dangerous way to get a great (if empty) chess rep? Well one thing I’ve seen several people do is to take a few lessons with a famous Grandmaster and then make it public. Flying off to Moscow to train with Garry Kasparov would have to be the ultimate expression of this idea though one might get better value for money with Viktor Korchnoi or Boris Spassky. This is quite reminiscent of the lineage system they have in many martial arts, the assumption being that these secrets are only available from particular acknowledged masters.

Carlsen’s company hired Kasparov for some high-profile , very public training sessions. According to one reliable account, as much as $500,000 was the price tag!