Do you get paid for promoting smoking on your chess site? I’m just curious.

Do you really beleive it is like coffee or do you think coffee causes cancer, gangrene, COPD and many other disgusting diseases? Being addicted to inhaling poisoneus cancerogenes is so sexy, right? You seem to be happy to do as much damage as possible – obviously with some sick agenda, so I wonder if you have a conscience or any education. We sometimes mistakingly suppose that good chess players are smart, but…

The wise prof. Glantz from UCSF once said: people who still advertise tobacco today are either stupid or corrupt.

And Jesus divided the water…and in its place at the supermarket was WINE!  AMEN! (Makes you wanna believe, doesn’t it!)

Well, maybe I am mistaken!  Photo by Charlotte Abramov!

Now this the REAL isil tail!

Magnus Carlsen has a rap song written for him?!

‘Paak was born into a Black/Korean family in Oxnard in 1986. He began producing music from his bedroom as a teenager. His first experiences performing were as a drummer at his family’s church. In 2011, prior to being a successful working musician, Paak was working at a marijuana growing farm in Santa Barbara. He was let go without warning, becoming homeless together with his wife and infant son..”Read more RIGHT HERE. 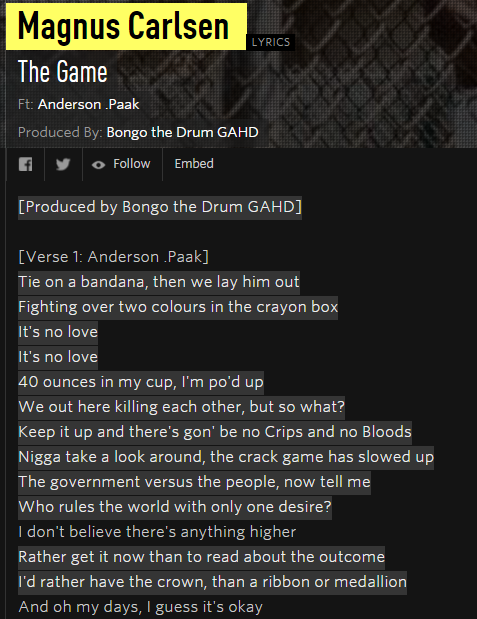 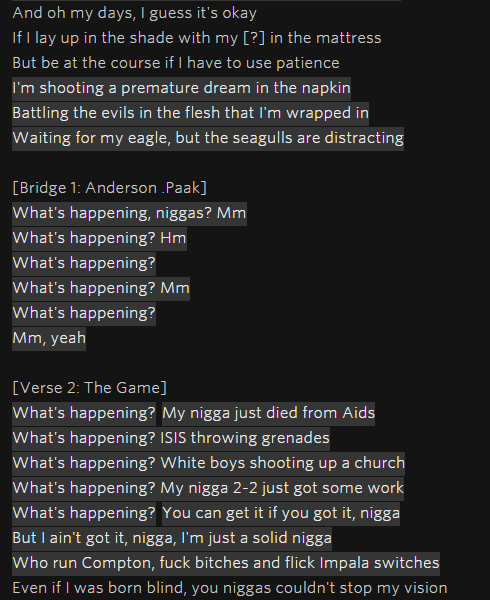 Read the rest of the lyrics HERE.

While I am no music critic–let alone any judge of lyrics–I think that this might be a good time for Magnus to consider changing his name!