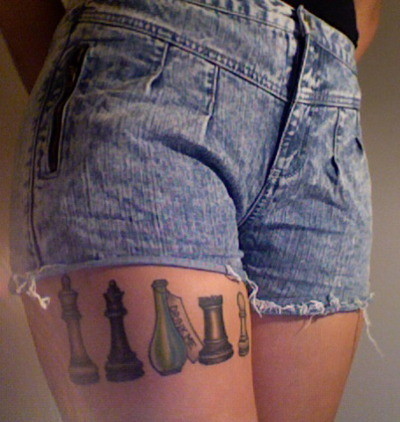 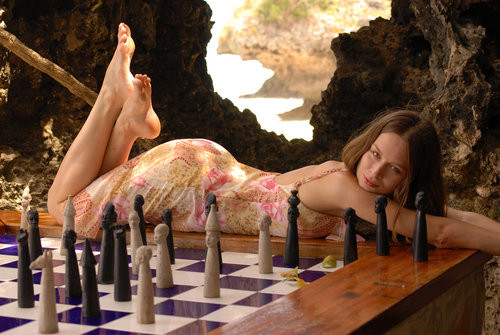 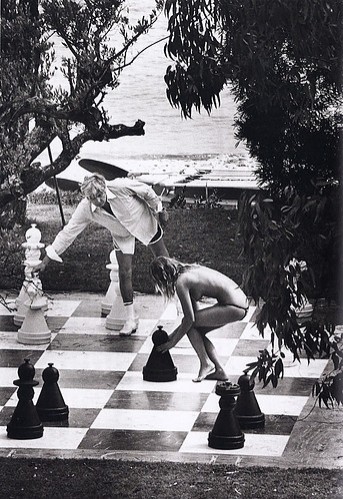 Guess who is winning…
LOVELY 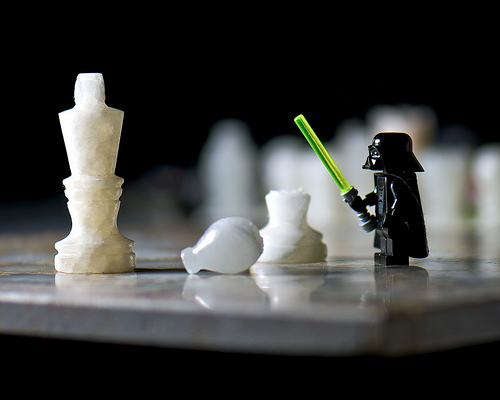 A magazine announcement for a chess tournament in 1945!

HOLLYWOOD, CALIFORNIA
JULY 28TH – AUGUST 12TH 1945
HOLLYWOOD STAGES COLORFUL PAN-AMERICAN CHESS CONGRESS:
Los Angeles, the home of Hollywood, the citadel of make-believe, became the first California city to hold a major chess event since the international tournament held at Pasadena in 1932. The Hollywood event quickly established itself as the outstanding American tournament of 1945 due to the united efforts of the California Chess Association, the Los Angeles Times, the Hollywood Athletic Club, and Mr. Chess of the Pacific Coast, Herman Steiner.
Chess-conscious movie stars such as Charlie Chaplin, Humphrey Bogart, Charles Boyer, Basil Rathbone, Myrna Loy, Linda Darnell, Maureen O’Sullivan and many others were largely responsible for the phenomenal growth of Steiner’s Hollywood Chess Group and inspiration for a chess congress in the film city. Steiner worked zealously for six months lining up players from North and South America. With the attractive prizes offered by the Los Angeles Times ($1000, $750, $500, $350, $200) his task was an easy one. Few tournaments can boast such a fund.
(Note that the prizes are similar to the Canadian Championships today!)