WHO IS THE CAPTAIN OF THE RUSSIAN TEAM?
As reported earlier this summer, GM Evgeny Bareev resigned his position as Captain of the Russian national team following a mediocre performance at the World Team Championships.  In a country where chess is still very much a question of national pride, results that other countries would be happy to achieve are reasons for bringing out the guillotine.  Bareev saved everyone the bother and simply thru in the towel…or so it seemed.

Had enough? Or maybe not…
In the past week, however, things  have become less clear, if not outright confusing.  The new chess-news website WhyChess reported yesterday  ”Then  last week it emerged that he’d (Bareev) been appointed Head Coach for the upcoming European Team Championship.  Now the Russian Chess Federation (RCF) reports that at a meeting yesterday Bareev’s voluntary resignation was (again ?) accepted.  Alexander Riazantsev will now be Head Coach…”

Newly appointed Captain of the National Team , Alexander Riazantsev (l) sharing a word of wisdom with Nepo’chi (r) during the Moscow vs St.Petersburg match this past weekend.
So clearly things are not so simple inside the RCF at present!  WhyChess continues ”The 26-year-old Riazantsev might seem a strange choice given he didn’t make the top-3 in last week’s vote, but he was the Russian team’s second coach at the 2010 Olympiad and at the World Team Championship (in the photo above he’s standing on Nikita Vitiugov’s left by the river in Ningbo).
The RCF website notes: “Riazantsev has excellent relations with the team members and has the necessary experience and knowledge to work successfully with the team”.

Readers will recall that Riazantsev was Mark Bluvshtein’s opponent during the World Cup that was held in Khanty Mansiysk last month.  I know him quite well.  We played on the same (winning) team in the Portuguese Team Championship a few years back.  He is a very mature, very serious and very likeable young man.  Even so, at 26 years of age, does he have what is necessary to head one of the world’s top chess teams?  Time will tell…I certainly wish Alexander the best of luck!
__________________________________________________
PROMOTING CHESS IN SCHOOLS—KASPAROV STYLE

Yesterday Kasparov (centre) , Danailov (right, in his role as President of the ECU–European Chess Union) and Jan Callewaert (left, as President of the European division of Kasparov’s foundation) held a public presentation at the Brussels’ parliament, pitching their spiel for chess in schools.   Link
Chess in european schools [slideshare id=9326336&sc=no]
View more presentations from kcfe

Danailov, as president of the ECU, has made it one of his priorities to do something to promote the chess in schools theme during his first mandate.  So it seems quite natural that he would team up with the mediatic Kasparov.  Kasparov naturally brought on-board his own Foundation which has –up to now–been primarily focused on its US efforts.  They have both since then teamed up with Belgium business man Jan Callewaert , who heads a successful  technology company producing wifi-equipment as well as managing  a minor soccer team  that just advanced to the first division this past season.
And presto!  The circus was ready to travel…While yesterday’s performance at the european parliament has not got a lot of attention from major media outlets, the chess news sites have been very cooperative.  Curiously, in Europe Judit Polgar’s name never came up with respect to yesterday’s visit, but in the US her name magically appeared in an article published in the Washington Post:
”Chess champions Kasparov, Polgar seek EU backing for more chess in schools”
By Associated Press, Published: September 20

BRUSSELS — Chess stars Garry Kasparov and Judit Polgar are seeking European Union support to promote the game in schools across the continent.
Former world champion Kasparov said Tuesday he was looking for government support on top of private funding to spread the game across schools in the 27-nation EU. He said it was unclear how many kids were playing chess but said in French schools alone some 300,000 were involved in the game.
Hungary’s Polgar said chess cut across languages and cultural divides since the rules were universal and immediately engaged people into social contact.
It was still unclear how the EU could help but Kasparov said he was also looking how to better integrate chess into school curriculums.
____________________________________________________________

Did they mean Susan Polgar or Judit Polgar?
The reason for the confusion?  (Polgar was not in Brussels yesterday as far as sources indicate).  Not sure–it might all be PR– but it very much seems as though yesterday’s event was more smoke than fire.  That is, it was more circus than substance.  The only member of parliament quoted in  the subsequent press release by Kasparov’s group was Slavcho Binev , who happens to be a Bulgarian representative elected in 2007.  Danailov is himself Bulgarian…

The major obstacle for efforts to integrate chess  into European schools is not so much the politicians but the school boards and departments of education themselves.  Most countries insist on respected, professional accreditation before allowing access to their schools (I am not talking about extra-cirricular hours).  Teachers must become members of the unions first.  Knowing how to teach is seen to be more important than what you teach.  That requires professional training, something that most chess teachers do not have.
Never the less, the initiatives by both Susan Polgar, thru her own foundation and by Kasparov , thru his foundation(s) are very positive advances for chess promotion amongst young children.  You might want to read a comparison of approaches by Dr. Root here

It is also very comforting that these initiatives to promote chess amongst young people –for school going ages–is being done by foundations as opposed to federations and little known non-profits.  These foundations offer tax benefits to donors and companies that might otherwise think twice about giving their support lest it find its way into the owner’s pocket.  Moreover, they meet the need to be accountable and open to public scrutiny.  As a result, the US has a number of highly successful foundations , wielding millions of dollars of assets, that promote chess in inner city schools , organize national championships and what not.

This might also be one of the reasons why Canada has failed to keep up with the progress seen down south as well as in other countries.  There are no chess foundations in Canada that concern themselves with junior chess, just private interests, none of which are open to public scrutiny (CMA is effectively a black box and has never made public any of its financial operations and interests at any time in its more than 25 years of operation.) 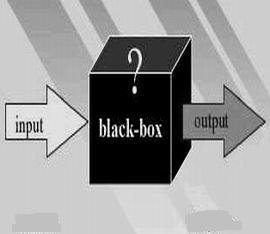 Junior chess in the US has very much profited from these foundations: especially, thru the connections they have made with other educational institutions and with private companies who like the idea of promoting chess in youngsters, each year hundreds of thousands of dollars in the form of scholarships and bursaries are awarded to youngsters for their success in chess.   Moreover, junior chess is growing, contrary to the trend in Canada.

Perhaps it is time for the CFC and  the CMA to re-think their basic approach to junior chess; an approach that more often than not  appears to be more mercenary in nature than being concerned with the promotion of the game amongst the young.

24 hours later, the great site ChessVibes confirmed the presence of Judit Polgar in Brussels. When the mass-media news services fail, we always have our own chess news services to count on!  I also recommend the readers to take a look at ChessVibe’s coverage…well done!