Chess is definitely NOT a sport in Canada

This is undoubtedly one of the principal  reasons why organized chess in Canada has had such difficulty in getting corporate sponsorship over the years, despite continued and ongoing attemps from individual organizers and chess promoters.

Frank Kluytmans, president of the Calgary Chess Club and head-coordinator for Calgary’s popular Saturday Chess School, wrote to me asking me to publicize his frustrations regarding an otherwise politely rejected application for financial assistance for his students from KidSport-Calgary:

—————————————————
Dear Mr. Kluytmans and fellow Calgary Chess Club Executive,
Thanks for your inquiry and your interest in KidSport. Unfortunately, we’re not going to be able to give consideration to your partnership proposal. KidSport Calgary’s mandate is dictated by KidSport Canada through KidSport Alberta and it quite explicitly limits our scope to helping families fund their children’s sport participation.

While I don’t disagree that there is value in having kids playing and learning chess, unfortunately we are not the organization that can help with the funding. It is already difficult for KidSport to meet the demands of families needing our support for the cost of their children’s sport participation.
Thank you for your understanding.

KidSport, developed by Sport B.C. in 1993, is a national program that helps disadvantaged kids overcome barriers preventing or limiting their participation in organized sport. Through its 165 community chapters across Canada, KidSport Canada identifies needs in the community, raises funds and supports programs that create new opportunities for young people to participate in sport. To date, the national program has helped over 50,000 young people and has raised over 10 million dollars in 10 provincial chapters.

From my understanding, KidSport’s hands are tied when they receive such an application as his because chess is not a sport in Canada:
KidSport Calgary supports applications for sport programs that meet Sport Canada’s definition of sport. Sport Canada defines sport as an activity that involves two or more participants engaging in a competition. It involves formal rules and procedures, and requires tactics, strategies, neuromuscular skills and a high degree of difficulty, risk and effort. Itexcludes activities in which a motorized vehicle is the primary determinant of the outcome.
link
SportCanada goes even further than this and deliberately excludes:
…games of skill such as billiards, darts, board games (chess, bridge, scrabble), and electronic games.link
————————————————————————– 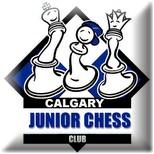 So, while I share Frank’s frustrations, there is little that anyone can do in Canada until SportCanada changes its own regulations.  Chess is NOT a sport in Canada.  PERIOD.
ON TOP of this, the mandate of KidSport  clearly points out that its grants (between 200 and 500 dollars each) are destined for disadvantaged kids coming from families that have limited financial means.

I doubt very much that someone taking a quick glance at Canada’s participation in the World Youth Championship (Maribor, Slovenia) would come up with any other conclusion that Canada’s chess kids in Slovenia are for the most part rich kids!

link
IN ANY CASE, I am certain that my readers wish Frank continued success with his chess club and not to become discouraged by such rejections. It is only thru such hard work that the status quo can be changed….
Share