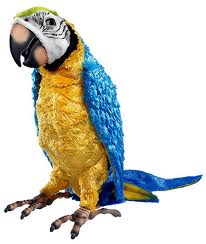 The Toronto pet-shop chain ”Dogs-R-us” claims to have the perfect candidate for the CFC!  Polly, a 2-year old parrot from Brazil has been volunteered by the pet-shop chain to serve as CFC President for the coming year.
Lyle Craver, the CFC secretary, claims that the CFC Handbook does not expressly prohibit parrots from running for an elected office. (Nor do candidates have to be governors).
A Dogs-R-us spokesman feels that the Parrot has all the necessary qualifications to be CFC President, and if elected the spokesperson has assured this writer that it would only take a couple of hours for Polly to learn the essential phrases for performing the job:  ”Next year!’‘ , ”Fuck-you!” and ”Damn Spraggett!”
SPRAGGETT ON CHESS
Share