SPRAGGETT ON CHESS
BUNNING AND RITICHIE OVER STEP THEIR MANDATE!

In 1976 the CFC was  incorporated under Part II of the Canada Corporations Act.  Recently the Canadian government has replaced that act with the Not For Profit Act (NFP Act), a measure designed to simplify many aspects of running a non-profit, such as the CFC.  Every organization with the same status as the CFC has now until the 17th of October 2014 to comply with the new NFP Act.
This transition is of a purely technical nature requiring some modest changes  CFC’s consitution, regulations and what not.  The Canadian government has even simplified this task by carefully outlining the required steps: 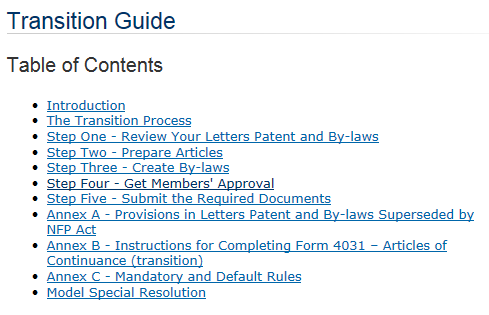 GOVERNMENT OF CANADA LINK
Rather than handle this transition themselves, the CFC executive decided some time ago to task Ottawa chess community’s Les Bunning and Gordon Ritchie with this responsibility and have them report back to the CFC on how best to comply with the new NFP Act.  This report was just given to the CFC this week ( here ) and the governors are not pleased!  Already some governors are calling for the report to be tabled until a later date–or if that is not possible– to  reject it out of hand!

More nonsense from Ottawa’s dysfunctional chess community?
It appears that Bunning/Ritchie have OVERSTEPPED their original mandate (supposed to be purely technical in nature) and are instead INSISTING  to COMPLETELY DISSOLVE the present democratic system of governorship and replace it with a permanent 9-member board of directors!  These ideas have NOTHING to do with the  original intent of the NFP Act, nor could it ever have been imagined by the Canadian government when they drew up their Act.
THAT IS, the governors of the CFC (who effectively run the present organization) are being advised to ELIMINATE THEMSELVES!

——————————————————–
CLEARLY, the report raises many more questions than answers.  Who is going to run the CFC from now on?  How are these individuals to be chosen?  By whom and by what process?  What will the new Constitution be like?  Who gets to decide what?  Transparency?  WORSE STILL, the governors are being asked to decide their fate right NOW!  Before even any indepth study of the implications involved.
———————————————————————————–
Quebec governor Denommee is a critic of this report and  has written : ”This motion is about unwisely giving near absolute power to a very small board of Directors.”
Former CFC-president Mallon has been equally critical and has proposed the following ammendment:

I will keep my Canadian blog readers up to date with this incident as it progresses.  Up to now there is very little explanation forth coming from either Ritchie or Bunning to justify their sweeping recommendations.  No doubt , they did NO canvassing of their radical ideas to members of the CFC before presenting their report and rushing them to immediately decide!
This is not the first time that both Ottawa chess players have been involved in scandal: last year both were behind the flagrantly unconsitutional and possibly illegal AGREEMENT worked out between the CFC executive and the FQE executive.
SPRAGGETT  ON  CHESS
Share