I hear that Youtube has been sued by the police officer in question here.  GOOD LUCK! 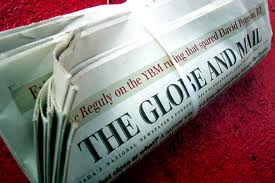 A Toronto police officer whose stiff upper lip made him an inadvertent YouTube sensation and a symbol of police heavy-handedness at the G20 protests has launched a $1.2-million defamation lawsuit against the website.
Constable Adam Josephs was nicknamed “Officer Bubbles” after a video surfaced of him online admonishing a young protester during the summit for blowing bubbles.
The target of Constable Josephs’s lawsuit isn’t the original video, but a series of cartoons posted on YouTube over the following weeks that depict a policeman resembling the officer engaging in various acts of police abuse of power.
In his statement of claim, Constable Josephs alleges the cartoons have subjected him to ridicule, and have resulted in threats against himself and his family. He also seeks to compel YouTube to reveal the identities of the person who created and posted the cartoon – identified by the moniker “ThePMOCanada” – and the identities of several people who posted comments in response.
On Friday, his lawyer said the lawsuit was in its preliminary stages and he was still in discussions with YouTube to resolve it.
“This level of ridicule goes beyond what is reasonable,” James Zibarras said. “The reason we brought the lawsuit is that people have the right to protect themselves against this kind of harassment.”
The animations in question depict a policeman identified as “A. Josephs” arresting various people – including Barack Obama and Santa Claus – and beating up a news photographer while funk music plays in the background.
As of Friday evening, the account that posted the cartoons had been shut down and the videos vanished from the site.
The original video shows Constable Josephs and a number of other officers holding a police line near Queen Street West in front of a crowd of protesters, when a young woman begins blowing bubbles in front of them.
“If the bubble touches me, you’re going to be arrested for assault,” he tells her sternly. When she questions him about the warning, he continues to warn her.
“You want to bait the police. You get that on me or that other officer and it gets in her eyes, it’s a detergent. You’ll be going into custody.”
The officer became something of a meme for protesters at later demonstrations – in one case, demonstrators blew bubbles in front of Queen’s Park to protest the mass arrests at the G20.
__________________________________________________________________