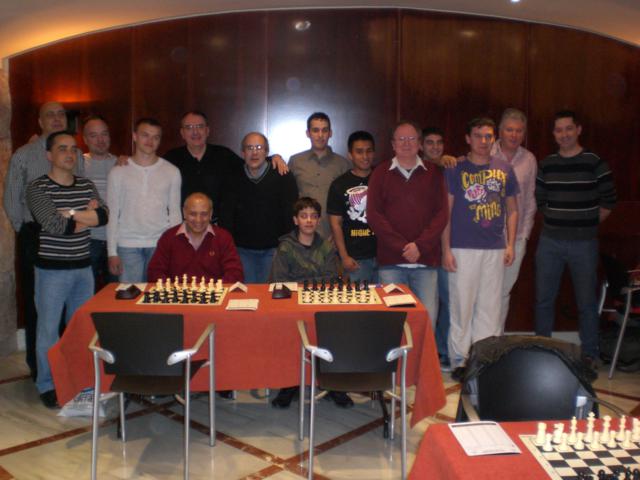 The Catalunya Team Championship came to a close Saturday.  After crushing perenial champion UGA last weekend by a 7-3 score, we did the same against Foment (7-3) and took an undefeated first place.  UGA was close behind in 2nd place.
This marks the first time that EEB (Escola d’Escacs de Barcelona) has won the honor division of the very strong team championship–one of the strongest in Europe–in 25 years!  Congrats to all of my team members, to the school and especially to Abel for making it all possible. 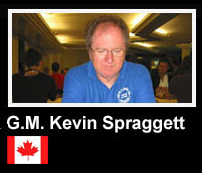 Below is my game against the very solid IM L.Valdes.  An old line of the English that Lasker first used in at St.Petersburg 1909 (!) to defeat Tartakower  (see game here), it looks and feels like a King’s Indian but the positioning of the Bishop on the f8-a3 diagonal makes a LOT of difference.  Things started to go wrong for Valdes right out of the opening:
POSITION AFTER 12 MOVES

The open a-file is to Black’s advantage and  the theme of boxing in the Knight on c3 with d4 is a source of concern for White as the only square available is e4, which is very insecure should Black be able to drop his Knight back and play f5.  Black’s last move (…d5) takes the initiative and now White should probably think about digging in with 13.b5 or 13.Qc2.
INSTEAD, Valdes played:
13.c5?!

Maybe White is already lost!  During the game I was not so sure, but some post-game analysis late last night convinced me that there is no good solution to White’s problems.  In particular, the awkward position of the Rook (b1) and the weak pawns on b6 and b4 are important factors.  And there is …Nd5 coming in very soon…Black won easily enough.