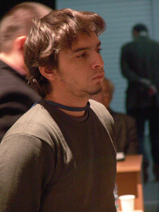 Bruzon: King of Chess in Barcelona
11 / 15 / 2010
Cuban Lazaro Bruzon celebrated on Friday the victory he needed and was proclaimed undefeated king at the Magistral Casino de Barcelona Masters Chess Tournament in that Spanish city.
Bruzon, champion of Caribbean island (2668 ELO), won the closing match against the local Jordi Magem (2,593) to reach seven points in nine games and overcome by the long-time leader, the host Ivan Salgado (2,602).
The Cuban led with white pieces in 65 moves off a King pawn opening, which showed his ambition to win, passing up variants for a draw, and smiled when time wasn’t enough for his opponent.
The website of the event showed that Salgado could not avoid a draw, after 49 moves off a Spanish opening against Russian Inarkiev Ernesto (2,667) who also totaled seven points.
Specialists report that Bruzon, winner of five games and four draws, added 15.1 points to his coefficient rating, so in January 2011 could well have a personal record of 2,683.
The Iberian tournament brought together ten Grand Masters had a FIDE Category of 14, and had been previously won by a Cuban, Leinier Dominguez in 2006.
Inarkiev took third place with 6.5 points, two more than the German Artur Jussupow (2,589) and Frenchman Romain Edouard (2,636), successful like the Colombian Jaime Cuartas (2,534).
The veteran Jussupow beat the disappointing American Robert Hess (2,602), Edouard at the expense of Spaniard Joseph Oms (2,528) and Cuartas against the local defending champion, Daniel Alsina (2527).
Positions from 4 to 10 were occupied by Jussupow (4.5), Edouard (4.5), Alsina (4), Cuartas (4), Magem (2.5) and Hess (2).
http://www.cubaheadlines.com/2010/11/15/27824/bruzon_king_of_chess_in_barcelona.html
__________________________________________________________________ 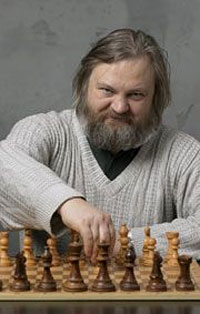 Artur Yussupov:
“In order to learn how to deal with bitter loss, you need to suffer many of them.”

INTERVIEW
By Ana Matnadze
http://lasaventurasdesarakhatkhan.blogspot.com/
From November 4th to 12th, the Chess Tournament Magistral Casino de Barcelona 2010 has been on its way. Ten internationally recognized Grandmasters participated in this Round Robin Tournamet. One of them was the world known chess legend, three-time Candidates´semifinalist Artur Jussupow of Germany, who showed an exciting fighting chess and caused a huge interest among spectators. We decided we had things to talk about.

Hello Mr. Jussupow, welcome to Barcelona. Could you please, describe to us your preparation process for the Magistral Casino Tournament? What chess analyzing program do you use?
Thanks. I had literally no time to prepare. I was attending the World Youth Chess Championships in Greece as a coach. Magem and Cuartas were in the same situation and we made a team. (smiles) So I have had to prepare my games during the tournament… I have all that Rybka and stuff, but I had no time.
Whom were you expecting to be the most difficult opponent?
All of them are very strong players. I knew Iván Salgado, Bruzón… they would be tough. Also the others. They all are so difficult opponents.
Had you been to Barcelona before? Did you plan any sightseeing now?

Yes, I had been about twenty years ago. It is an extremely beautiful city. It was already so beautiful, but it has also changed so much. I could not recognize many things. It is definitely one of the nicest place in the World. I went sightseeing during the last two days. Not that much as I would have liked to do, but it´s better than nothing at all!
You were born and introduced into chess in the Soviet Union. There are plenty of legends and myths about how they used to regard and work chess. Could you share some memories, and why not, secrets on the “Soviet Chess Laboratory”?
You know it. Let´s reveal it to the readers. The main secret was we used to share information. It was awesome. Young players would call me and we all would go to share ideas and analyze during hours and hours. Yes, the information exchange was the biggest secret.
Your chess career has been tremendously successful. Apart from winning a lot of prestigious tournaments, you succeeded in reaching the Candidate´s Tournament Semi´s on three occasions. It is great, but let me ask: What went wrong?

I am very happy with my result there. I had an incredibly good coach – Mark Dvoretsky. We did a great job. With a little bit of luck maybe I could have won. But I do not complain at all. I am happy with that.
Is Dvoretsky the best coach in the World?
He is. For me he definitely is. I know I am not being objective, but he is really so good. He is.
In the nineties you moved from the USSR to Germany. What was the reason? How has been your German life so far?
It was like a new chance, new opportunity for a new life. I had to learn a new language, to build up a home in a new country. But I made it. And I am happy. My children were born in Germany as well.
Tell us about your family. I know that your daughter Ekaterina is a strong WFM…
Correct. My both kids play chess and my wife does so. We are a chess playing family. (smiles) By the moment Ekaterina is studying Psychology at the University of Munich. She does not have much time for chess right now, but she will make it.

You write chess books. No, you write very good chess books. Have you considered switching totally or is it your seconday occupation?
Well, I still enjoy playing chess very much. So I call it a secondary occupation indeed.
Being a chess pro is tough. We are constantly traveling. What is your secret to deal with jet lag?
Arriving earlier in the place. Thing is I was in Greece, otherwise I would have come two days earlier and so would have had more time to see more of modern Barcelona. (smiles) If time difference is big, one has to travel, say, one week earlier.
And your secret as to how to recover from a bitter loss?
It comes with the experience. When you have enough years, then you learn to deal with it. When I was younger, I would try not to think about it, just forget the game, disconnect and do other things. But now it´s about experience. And for the latter you have to suffer many bitter losses. (laughs)
The number of Chess fans all over the world is growing every day, however, it is not yet meant as popular a sport as, for example, football or tennis… What do you think would be necessary to do to make chess more popular? What would be your strategy or ideas to attract more Sponsors?

FIDE should set a proper strategy for it. We have a huge potential and we can sell chess as such. But there is no good strategy. We should not be changing system every now and then. It´s ridiculous. We should have a good system and maintain it. I do not think we will ever reach football level at popularity, but there is no need at all. For the children it is very good to play football but it is also very good to play chess. They can do both things. Internet helps a lot, and I still believe in TV potential. I remember the Kasparov – Karpov Match recordings in Seville in 1987, especially one when Kasparov blunders. Spanish TV did an amazing video. I have never ever seen such dramatic images even in any other sport…
What do you think about the “short draws phenomenon”? What would be the mechanism to avoid them?
I think, this 40-move-rule, which has been used here in Barcelona, is quite good. All the games have been fought.
What is your opinion about cheating? It is becoming a very serious problem.
I do not believe anyone does it on top level. You cannot be a top player and cheat. But ok, there have been cases in Open tournaments. For that maybe they could implement a rule where if you suspect about your oponent, you tell the arbiter, they examine the case and if the accusation has not been proved, you pay money to the Organization and also to your opponent. (smiles)
What does Artur Jussupow think about World Championship cycle and matches?
Again, we need a stable system. No matter which. Just stable and one. Players can just vote for a system and maintain it for a long time.
There are emerging younger and younger chess geniuses every day. What do you think about this?
One very good think FIDE has done, is to implement these Youth Chess Championships. Myself, we only had the one U20 and that was all. Now there are Championships under 8, under 10, under 12 and so on. This is just great. Children have a huge motivation and fight for a goal. For example, Iván Salgado also came out of those Championships. Indeed it´s an awesome job.
Which of these young players have the potential, in your opinion, to become a World Champion, if any?
Many. Magnus, Karjakin, Giri… and my list is long.
About the time controls Mr. Jussupow thinks that…

That we should have a stable time control. Just like I said about system. We cannot be changing controls at every tournament either. We could set a control for Classical chess, one for analog clocks, another for Rapid Chess and one more for Blitz. And again, maintain it. The athletes do not run different distance during race. We run either 100 m or 110 m. Nowadays we are running different distances and we do not have enough time to switch from one to another.
What would be your advice to young people who are just starting to play chess and take it seriously?
I would recommend that they play, analyze their games, and read good books. There are many great books and they are very useful.
You run a famous Chess School with Mark Dvoretsky. Your students included many Super-GMs, like Svidler, to name one. How can interested people apply? Is there access for anyone or should they pass certain exams(tests)?

Dvoretsky, Yussupov and Psakhis in 2007
This school is no longer running. We ran it during some time but we had to stop, it was complicated and was quite expensive to make it work. So we decided to quit, but we have written many very good books and both Mark and I are still available for coaching.
What are your plans for the future?
I have to finish the books I am working on (“Build Up Your Chess Series”). It is a nine-book-serie, and I have already done seven. And I am so happy FIDE awarded me Boleslavsky Medal for it. After that, also, I will dedicate my time to reading books…
Sorry? Is there any book you have not read?
(smiles) There certainly is. There are a couple of good books I have not read. And I will take my time to do so.
Thank you very much, Mr. Jussupow, for an extremely interesting interview.
It was my pleasure to be here and to meet you