Baguio: everything you ever wanted to know, but were afraid to ask

The big news this past week was the passing of legendary chess-politico Florencio Campomanes, at the age of 83.  I wrote a detailed blog article here on the day he died.
It is unlikely that our chess world will ever see a more colourful, conniving or benevolent individual as Campo (as most know him by), one who was capable of inspiring millions with his warm and charismatic personality and at the same time be such an easy target for viceral criticism, and often hate.
Always proud of his humble roots, Campomanes was no more corrupt than any other Philippine statesman of his time.  English organizer Steward Reuben recounted  Campo telling him over dinner ”…I’m not a crook, cunning is my art.’

Florencio Campomanes (1927-2010)
In 2009, the University of Baguio awarded him a doctorate in humanities, honoris causa.

Campo was without a doubt the most skilled and prolific chess promoter of his generation in the entire world.  The list of his organizational achievements before becoming interested in FIDE politics is as long as it is glorious.  The Fischer visits to the Philippines (’67 and ’73) , the 1975 Manila world championshp bid with its guaranteed 5 million dollar prize fund, the 1978 Baguio City world championship match between Karpov and Korchnoi are the ones that come to mind immediately. Ofcourse, there were many others….I won’t mention bringing the Olympiad to the Philippines (1992), since that was done while he was president of FIDE!

1973.  Bobby Fischer playing chess with the president of the Philippines, Marcos.  Campomanes is directly in the middle of the photo! 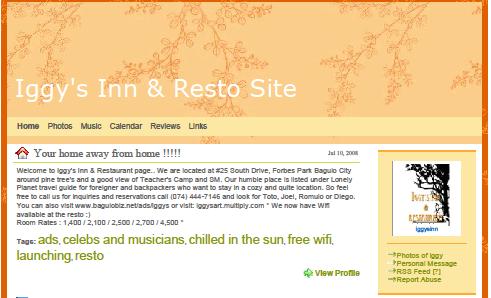 Visit Iggy’s FaceBook!
Iggy’s Inn is a favourite spot.  Part hotel, part restaurant, the owner loved chess and even one wall of the diner is decorated with photos of grandmaster Torre! Bobby Fischer would eat there from time to time while he was in Baguio.  There is even a jacuzzi!
It was here that Campo  breathed his last at 1:30 p.m. on the 3rd of May.  “He moved on peacefully, and with quiet gentleness all around him,” said Des Bautista, who built the Iggy’s Inn with wife, Auring, and which has become famous for its exotic, native cuisine and cozy rooms nestled among towering pines. “He was a giant in Philippine sports and his passing created a void that will be hard to fill in.”
Bautista and Campomanes  had been bosom buddies since the Sixties. Bautista is a well known name in Baguio.  The Mayor is a Bautista.  The University of Baguio is owned by the Bautista family. Infact, a lot of Baguio City is owned by the Bautistas!
“I lost a man who was more than a brother to me,” said Bautista. “And, if I may add, I also lost a poker mate, whose passion for and skills in the card game are rivalled only by his love for and deft-laden moves in chess.”
“It was his wish that we hold a short wake at Iggy’s Inn,” said Des. “His remains would be laid beside that of our son’s, Iggy, at the Baguio Cathedral.”
If you check out the website of Iggy’s Inn, you will find several hundred photos of clients eating and celebrating at the restaurant.  Often parties are held. 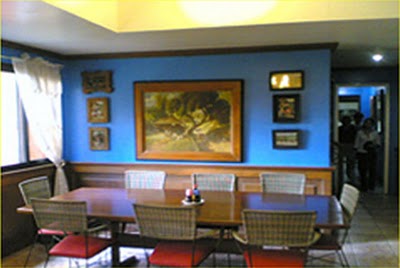 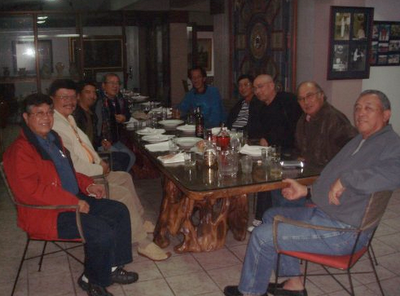 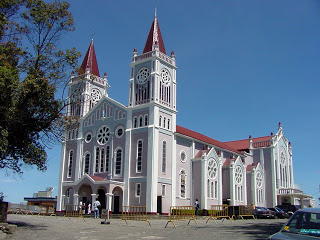 The rose-colored Baguio Catholic Cathedral, located on top of a hill in the heart of the city, is one of the more familiar and most visited landmarks of Baguio. This beautiful structure has twin spires and is one of the most photographed buildings in the city.
The construction of the cathedral by phases was begun on a hill which was originally referred to as “Kampo” (!) by the native Ibalois. It was later called Mount Mary by a Belgian Catholic Mission headed by Fr. Carlu, CICM, who was then the parish priest.
The cathedral was finally consecrated in 1936 and dedicated to Our Lady of Atonement. During World War II it became an evacuation center and withstood the Japanese carpet bombing of the city in 1945, thereby saving thousands of lives. 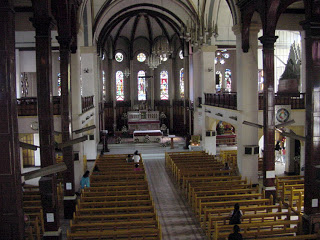 Baguio is a smallish city (250,000) some 250 kms north of Manila.  It is known as the Summer Capital because at an altitude of 1500 meters it never really gets hot.  As a result, most high ranking government officials have residences in Baguio, trying to escape the almost unbearable heat of Manila
Baguio was founded around 1900 by the Americans but it has been inhabited by the native Igorot and Ibaloi tribes even before the Spaniards colonized the country. It was planned by no less than the great Chicago architect Daniel Burnham, who also helped shape other great cities like Cleveland, Chicago, San Francisco, Washington DC and Manila.
The chess world first heard of Baguio because in 1978 Campomanes brought the Karpov vs Korchnoi World Championship match there.

For this match, president F.Marcos had a special building constructed, that today serves as the Baguio Convention Center.  Built in record time (trying to meet the deadline for the start of the match) the government spent a fortune.    The main theatre can sit comfortably 1000 people.  It was inaugurated by  Marcos during the opening of this championship match on July 17, 1978. 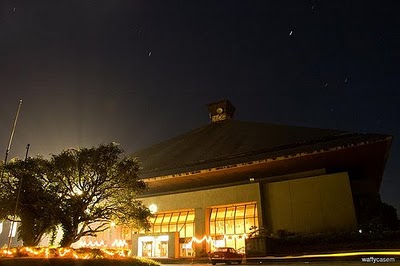 Convention Center at night
A detailed account of the Karpov vs Korchnoi match can be found at the link below
http://www.mark-weeks.com/chess/78kk$$.htm
Today the convention center is a very important part of the Baguio community activity, but still is intimately linked with chess activities.  A chess club is housed there!

From 2000 to 2002, Fischer lived in Baguio City in the Philippines. He resided in the same compound as the Filipino grandmaster Eugenio Torre, a close friend who acted as his second during his matches with Spassky.  Fischer played tennis at the Baguio Country Club.    He used to consume large servings of Filipino food and adored sinigang (a popular soup broth) Torre’s wife often prepared balut (boiled duck eggs)  especially for the American, who used to eat as many as 5 in one sitting!

Des Bautista, owner of Iggy’s Inn and Campo’s closest friend,  said his first meeting with Fischer gave him some insight as to why Baguio was the American’s sanctuary:  “You don’t recognize him. He wears a hat. For the older generation, we remember him as clean-shaven so we would not recognize him if he approached you. He had a beard and was balding. But when Eugene Torre introduced us, he was so comfortable. Bobby felt at home…” 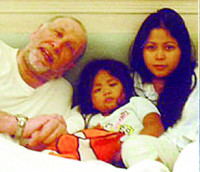 Torre introduced Fischer to a 22-year-old woman named Justine Ong (or Marilyn Young). Together, they had a daughter named Jinky Ong, born in 2002 (or 2001) at the Saint Louis University, Baguio City, Sacred Heart Hospital.   The girl’s birth certificate bears the name “Robert James Fischer” as her father, but she kept her mother’s maiden name, “Young.”

After Fischer’s death last year in Iceland, a legal battle began to settle the estate.  Three parties are contesting the estate: Jinky Ong and her mother, Fischer’s Japanese wife –Watari, and finally Fischer’s relatives in the US.  The courts have yet to decide.

FIDE PRESIDENTS
SINCE THE ORGANIZATION WAS FOUNDED

Fide was founded in Paris in 1924.  Surprisingly, there have been only 6 presidents since that date!  This probably explains a large part of why FIDE and chess (in general) is being slowly phased out of sponsorship of major corporations and hardly exists at all on TV. 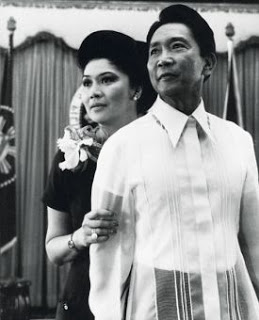 Ferdinand Marcos (here with wife Imelda) was president of the Philippines from 1965 to 1986.He loved chess and fully supported Campo’s ambitions and projects.  His presidency was controversial.
He declared Martial Law in 1972 and repealed it only when the Pope visited in 1981.  He and his wife fled the country in 1986 shortly after the public assassination of an opposition leader just as he returned to the Philippines.  Imelda left her shoes behind…for posterity.

The Mansion, official residence of the President of the Philippines in Baguio.  The main gate is an exact replica of the one found in Buckingham Palace in London.  Bobby Fischer and Campomanes were invited to visit Marcos there on a number of occasions.
SPRAGGETT ON CHESS (2010)
Share