Most of this blog entry has already appeared in an earlier blog entry from 2011, but with the recent release last week ,by AP,  onto YOUTUBE of more than half a million news videos, I have been able to expand on my previous work.

A LOOK BACK AT CHESS HISTORY

The Obelisco,today an iconic symbol of Buenos Aires, was built in 1936.  It stands a brisk 5-minutes walk from where Fischer and Petrosian played, and just 15-seconds from where Alekhine and Capablanca played in 1927!

Buenos Aires has deep significance amongst modern chess historians.  The site of some of the most prestigious chess events ever: the World Championship match of 1927 between Alekhine and Capablanca; not less than two chess Olympiads: the last Olympiad before World War II (1939), which saw many of the world’s strongest players decide to stay on in Argentina rather than return to Europe,and the 1978 Olympiad ; and last but not least, the Candidate-finals between Fischer and Petrosian in 1971.

The legendary final of the 1971 Candidates Matches between the 28 year old American genius Bobby Fischer and the 42 year old Armenian genius Tigran Petrosian is to many fans the greatest chess match played up to that time. Far better than most of today’s World Championship matches, both in terms of quality of play as well as excitement generated. Scheduled as a (best of ) 12-game match, it took place between September 30 and October 19 (or the 26th, according to other sources) in Buenos Aires on the second floor of the Teatro Municipal San Martin, the match was followed by the entire chess world. It was billed as ”The unstoppable force vs the immovable object”, and represented a turning point in modern chess.

Fischer and Petrosian greeting each other for the drawing of lots on September 29, to decide on colours for the first game (Fischer would get the White pieces)

And what a spectacle it was! Hundreds of journalists from all over the world converged on the San Martin teatro in the centre of Buenos Aires 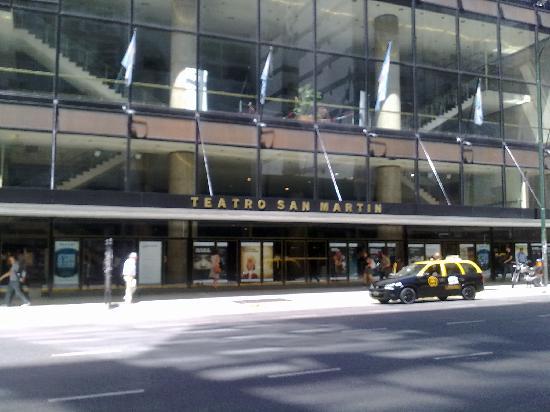 The teatro is located on Avenida Corrientes, not far from the Obelisco. One of Buenos Aires’ most popular cultural attractions, it is visited by more than 1 million people every year. 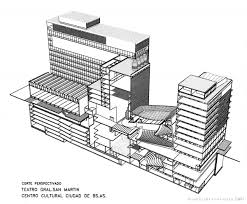 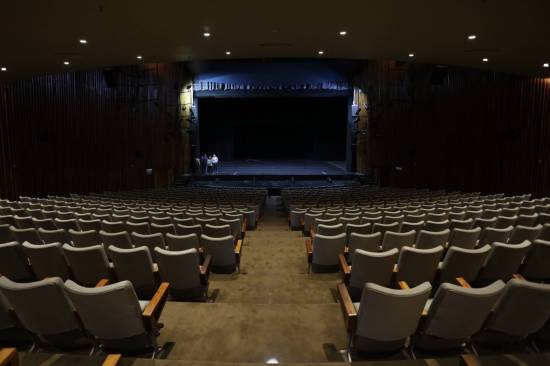 The match was played in the Martin Coronado auditorium of the theatre, on the second floor of the teatro. Seating capacity was approximately 1200. The rounds began at 5pm.

Thousands of chess fans bought tickets to the main spectacle at the teatro, while those who could not get a ticket crowded the lobby and overflowed onto the street, all fully aware that something truly historic was taking place.

Grandmasters Pilnik and Najdorf explained the moves to the audience in the reception, using a large demonstration board.

Fischer arrived several minutes late for the first game, something that would become a sort of habit (he even showed up late for  the opening ceremony!). When later pressed by journalists, Petrosian confessed that he was not at all annoyed by Fischer’s habit: ”It is only a question of his upbringing…” Fischer won the first game (extending his unbroken winning streak to 20 consecutive games against grandmasters)

Petrosian won the second. Fischer arrived three minutes late. In a rare lapse of judgment he over-reached himself in the opening, was unable to castle and found himself in the end game with a wandering king. Fischer resigned after 32 moves.

The great winning streak was over. The crowd-1,200 inside the theater, 2,000 in the lobby–chanted, “Tigran! Tigran!” Petrosian had always been an immensely popular figure in Argentina–not less than 600,000 Armenians lived there at the time–but CRUSHING Fischer in game two of the match elevated Petrosian to god-like status!  Petrosian would later admit: ”I have never in my whole life had such an ovation as I received after that game.”

It must have become immediately clear to Fischer that Petrosian’s enormous match experience (not less than 3-world championship matches!) was going to be a BIG obstacle if he was going to win this match. This was confirmed when the next  3 games ended in draws. The score stood dead-locked at 2.5 points each. The Bobby Fischer that had earlier in the year crushed both Taimanov and Larsen 6-0 now seemed unrecognizable…What is more, Petrosian seemed to playing the better chess, outplaying the American in even simple positions!

Then came the fateful 6th game…

The former world champion, with the White pieces, inexplicably becomes nervous right before the game and plays a very passive opening.  He would later remark: ”I still can not explain why I played 2.b3.” and very quickly Petrosian found himself on the defensive. Fischer positionally outplayed the Armenian. 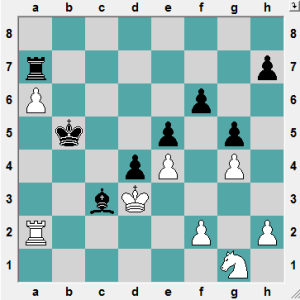 When the game was adjourned at move 41, it was clear to everyone that White was going to lose a pawn.  The only question was if Petrosian could draw…Spassky was of the opinion ”White ought to draw it.”, while Korchnoi was more cautious:’‘White is going to be a pawn down, but he has drawing chances.” 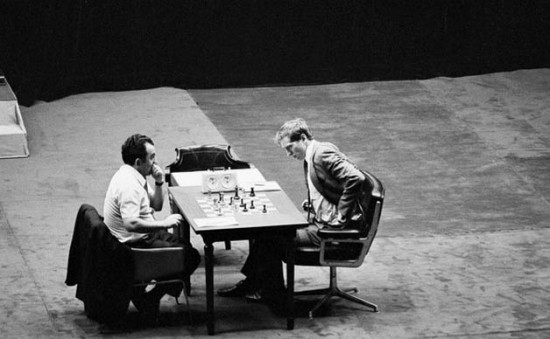 Even to  this day the adjourned position is a subject of heated debate. But after a sleepless night for both players, Fischer won. Petrosian would later be very critical of his play in this endgame: ”I played horribly, losing without a fight.” For the second time in the match, the American superstar held the lead!

Then Fischer did his magic: he energetically won the next 2 games! So taken a back was Petrosian by the sudden and decisive change in match momentum that he asked to see his doctor, worried by his rising blood pressure. But the doctor could not find anything wrong with the Armenian. Even towards the end of his life Petrosian could not find a reasonable explanation for his being routed so decisively.

The nineth game was to end the suffering…

A remarkable photo, Fischer had just played 1.e4 and awaits Petrosian’s move.  A broken Petrosian seems to be unsure what opening he prefers to lose in…he chose the French Defence and seemed to go downhill almost immediately.  Petrosian resigned after Fischer’s 46th move (46.a4): 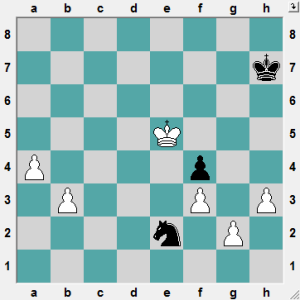 The White pawns are unstoppable.

Never before had the ex-world champion lost that many games consecutively! Bobby Fischer became the first American challenger for the World Chess Championship!   The video below shows the pandemonium that explodes in the teatro San Martin as Petrosian resigns the 9th game.