Few of my generation have not been marked by the sci-fi classic ”Forbidden Planet” (1956) starring Walter Pidgeon, Leslie Nielsen and the beautiful Anne Francis.  This film was way ahead of it’s time as far as sci-fi films are concerned, and many of its innovations were later copied and expanded on by Star Trek (1966).  Even today this classic gives me goose bumps!

Apart from having a great script and wonder actors, Forbidden Planet also had a fair amount of cheesecake, notably in the nude swimming scene, but also with the scantily clad wardrobe of the one and only female actress!  Anne Francis became a sex symbol and heart throb for a whole lot of 9-year olds!

Anne Lloyd Francis (September 16, 1930 – January 2, 2011) was an American actress, best known for her role in the science fiction film classic Forbidden Planet (1956), and as the female private detective in the television series Honey West (1965–66). She won a Golden Globe and was nominated for an Emmy award for her role in Honey West. Francis holds the distinction of starring in the first TV series with a female detective character’s name in the title. (wiki)
Francis married twice and is survived by a daughter.  She died in Santa Barbara at age 80 of cancer.  Her website is http://www.annefrancis.net/ 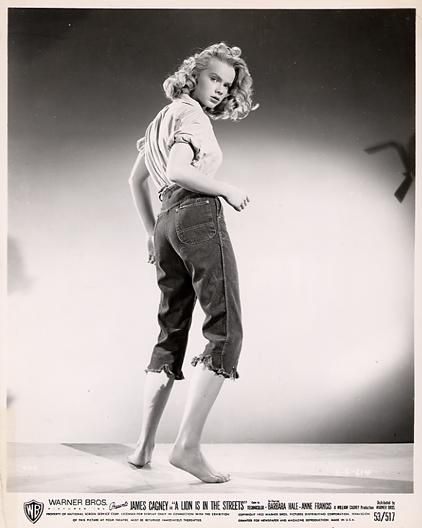