The 2011 Belarus ladies championship saw 25-year old GM Anna Sharevich take first prize.  Born on December 18, 1985, Anna has now won a total of 4 (!) national championships.  As well, she has participated 4 times on the Women’s national team.
Anna learned chess from her father at age 5 and has just recently completed a law degree.  For the remainder of this year, however, she intends to focus on her chess career.

An extra-ordinarily photogenic individual, Anna has appeared in magazines around the world, and is considered one of the most beautiful women of her country.

HOMIAKOVA
BLACK TO PLAY AND WIN!

As the readers of this blog have come to realize, I never miss an opportunity to demonstrate my appreciation for the natural charms of genius and beauty.  Here are some photos , as well as a youtube video, of the young champion. 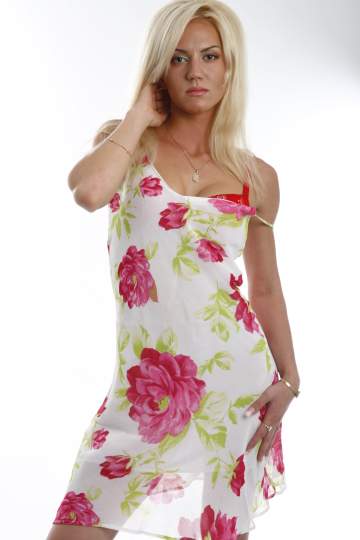 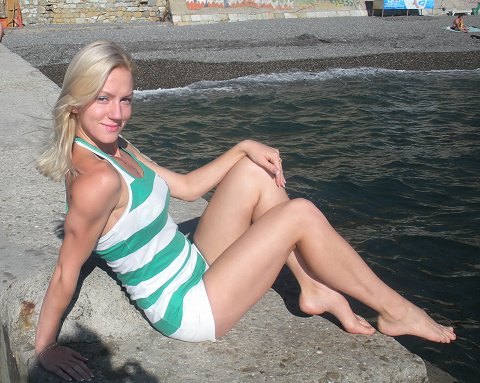 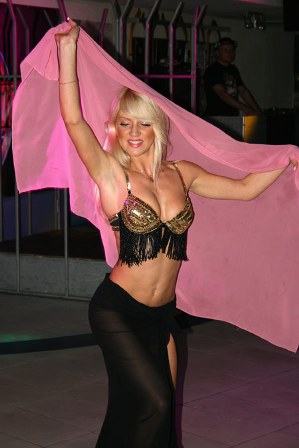 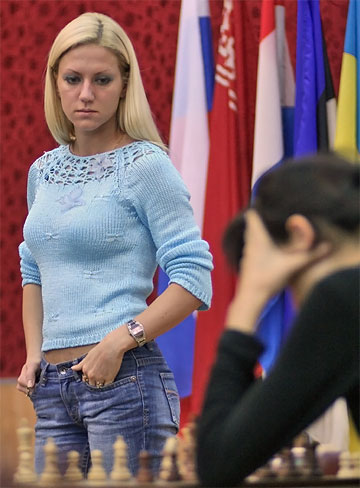 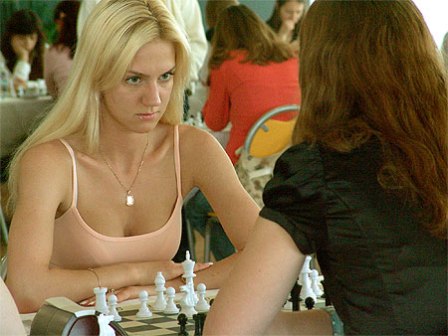 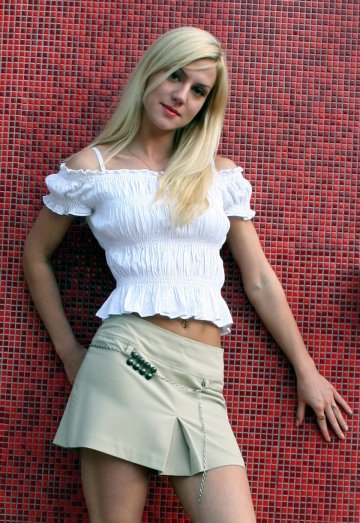 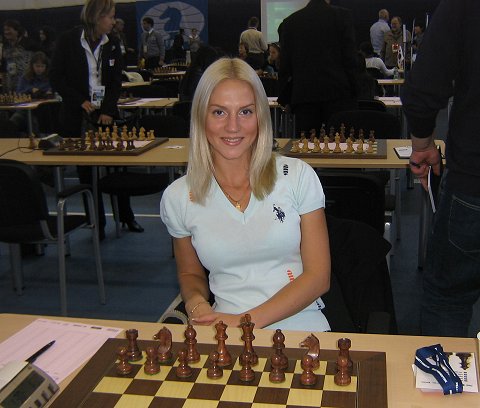