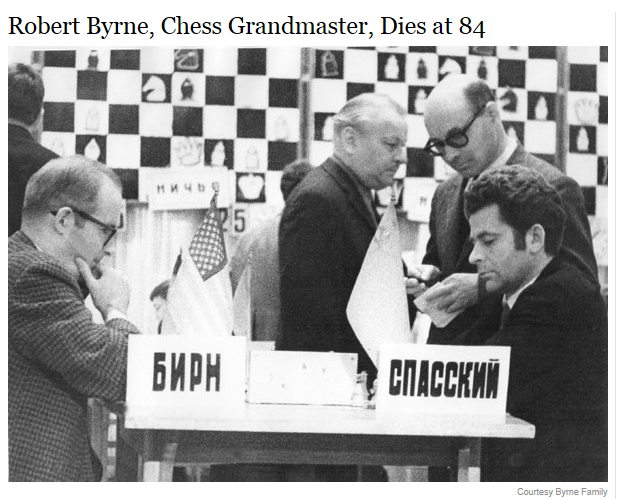 NYTimes LINK
Very sad news!  Robert Byrne, born April 20,1928, passed away on Friday at his home in New York after suffering a long illness.  Robert was a member of the so-called Collins kids  which included Bobby Fischer and Bill Lombardy.  Byrne became a grandmaster in 1963 and a world champion candidate in 1973–at age 45!

Byrne playing Fischer at the US championship 1958/59

I received the news of Byrne’s passing just this morning from Al Fichaud, and since I am presently in Barcelona–about to head back home in an hour–I can not write much more.  HOWEVER,  during the week I will dedicate various blog articles to him.
My most sincere condolences to his wife Maria and son Thomas.