To my Canadian readers, Alicia and Sid Belzberg need little in the way of introduction. Canadian chess is richer because of their sponsorship of a number of Olympic teams and Canadian Championships.  Sid is a master level player who today does not play much competitively , but he and I both played in the 1975 Canadian Open in Calgary!

”Alicia and I are indeed “collect–aholics” of everything from ancient coins to pocket watches  to fountain pens to hot wheels to Russian Space toys from the 1960s to unique Picasso ceramics. Many of our items have ended up in museums including the Hot Wheels collection that will likely be on loan to the Smithsonian.
Everyone has a certain weird quirk. I guess collecting is mine…Collectibles have proven to be an uncommonly good investment and has vastly outperformed all other investments including stocks, gold, etc.” –Sid
Late Sunday evening on this blog I wrote a short entry about the Belzbergs’ passion for collecting.  I had the good fortune that Sid happened to see that article, and the next day he contacted me and provided me with  wonderful  photos  of  some of the remarkable objects that he and Alicia have collected over the years.  Enjoy!
COINS

”When I catalogued the Belzberg Collection in late 2002,” noted Warren Tucker, Heritage’s World Coin Director, “I couldn’t imagine that I would ever see another catalog of Canadian coinage that would approach its quality… ”
Link to Belzberg Collection

”Here is a set (above) of British Columbia coins made during the Gold Rush there. British Columbia was a colony of the UK and they were ordered to immediately cease and desist making their own coinage. This is among the world’s rarest set of coins. I sold this set several years ago.”-Sid Belzberg

Stack’s sale of the Michael S. Tallent and the Alicia and Sid Belzberg Collections took place last Thursday, April 24 at the Doubletree Hotel in Rosemont, Illinois. With standing room only, this jam-packed auction room witnessed the extraordinary sale of $6,592,516 worth of world coins and medals….

The Alicia and Sid Belzberg Collection opened with a stunning group of select Polish rarities, and their performance indicated that the robust Polish coin market is in no present danger. The epic Battle of Chocim 1621 Gold 50 Ducat commemorating the Polish victory finally weighed in at a whopping $431,250, the highest realization in the sale, after intense bidding.

Polish patterns also performed brilliantly, with the breathtaking 1766 Pattern Talar encountering aggressive bidding and culminating in a winning bid of $138,000.

”The ceramic above was created close to your neck of the woods, a Ceramic Jug from Pablo Picasso with his trade mark Bull from the estate of Jacqueline Picasso , this Jug was found lying around in his studio.”  Sid Belzberg

Pablo Picasso (1881-1970)
Picasso became intrigued with ceramics as a creative medium in 1947. Just as Picasso was amazingly productive as a printmaker, so too he enjoyed creating ceramics, producing more than 2,000 pieces from October 1947 to the fall of 1948, embodying innovations in form, technique, and the use of colors.
Although ceramics are often deemed a craft, for Picasso the plates, jugs, vases, and other vessels that he created were a form of canvas.  With a sense of liberation he experimented with the play between decoration and form, between two and three dimensions and between personal and universal meaning.
CELEBRITY GUITARS!
(Roll over, Beethoven!)

Wow!  Left to right: autographed guitars from the Rolling Stones, the Beatles, and Jimi Hendrix

This guitar is autographed by both Paul McCartney and John Lennon!  Here we can see a close up of Lennon’s autograph, with his personal granny glasses signature. 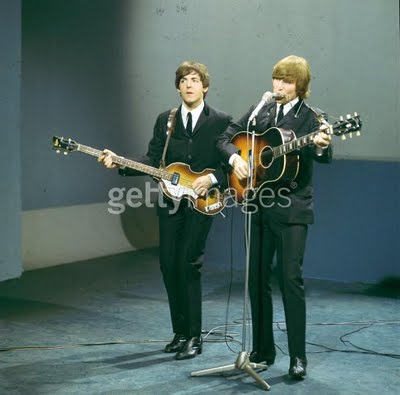 The Beatles made the Hofner base guitar famous!

”Here is a guitar (right) that was owned by Jimi Hendrix that was signed by him and given a s gift to a member of The Experience , Sam.”     – Sid Belzberg

Here you can see Hendrix’ handwriting; given to Sam as a gift! 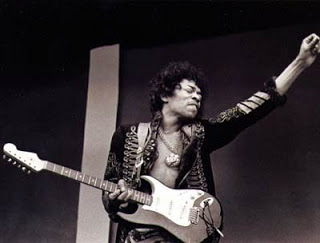 Signed by each of the Rolling Stones!
MORE CRAFT FROM POLAND

‘‘Here is a clock from the 1700’s where the entire movement is hand carved out of wood , the style of clock is from the Black Forest region in Germany and is known as a “wag on a wall”.”    -Sid Belzberg

”Here is a very rare map of Warsaw from the 1700s that depicts various scenes of Warsaw , we bought this map about ten years ago.”   -Sid Belzberg
HOTWHEELS!

”This is the infamous $70,000 Hot Wheel probably the most well known hot wheel to non collectors. ”
This is a prototype of the very first hotwheel ever made that was demonstrated to the CEO and Founder of Mattel Elliot Handler and was the beginning of one of the best selling toys ever made second only to the Barbie doll (we also have the first Barbie ever made that was modeled after one of the secretaries that worked at Mattel)
This particular car was made by taking the then competitors car (matchbox toys) and stylizing it and combining it with fast rolling wheels. ”–Sid Belzberg

”This car together with the collection as well as the first Barbie is of great interest to the Smithsonian and represents a very interesting and creative period in 1960’s America.”    -Sid Belzberg
HAVE YOU LOST YOUR MARBLES?

”Here are some hand blown marbles made from a company in Seattle”– Sid Belzberg
I must confess that until Sid sent me this photo, I had no idea that marbles were even collectibles!  I did some research on the ‘net, and discovered that there are tens of thousands of sites dealing with marbles!  It is estimated that there are up to 400 million marble collectors in the world (starting tomorrow I will make it 400 million and one).

Marbles is a universe unto itself, with its own history and traditions.  And different techniques of making them.  There is even a World Marble Federation, with its own World Marble Championship!
http://www.worldmarblesfederation.com/
Thankyou Alicia and Sid!
See also  How to make Modern Chess beautiful (again!)
Share