A picture is worth a thousand words…

THERE IS SOMETHING FISHY ABOUT THIS GAME! 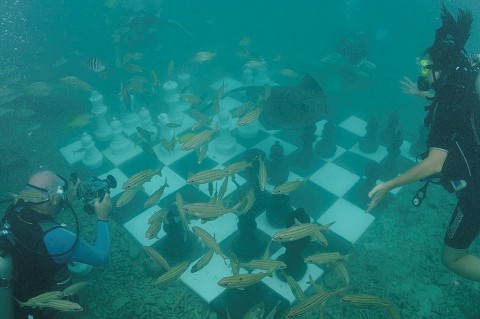 WHAT is this?  Yes, it is a game of chess being played under the water!  Apparently the first official tournament game of chess played in such circumstances.  Took place in Curacao in 2008 between US Champion IM Anna Zatonsikh and IM  Swinkels (Holland).Link
SPRAGGETT  ON  CHESS
Share