Bobby Fischer and Osvaldo Manuel Bazan travel by train to Mar del Plata (March,1960) Great photo! Sixteen year old Fischer is sleeping sitting up…for someone such as myself who loves to travel by train (a lot!), I can relate!  How long is the train ride from Buenos Aires to Mar del Plata? Today the journey is 6 hours long…back in 1960 it was likely twice as long, if not more!

‘‘The 23rd Mar del Plata International Chess Tournament was held in Mar del Plata, Argentina from March 29th to April 15th. Among the longtime participants of the event and the field of Argentinian masters, four grandmasters were invited to compete. Bobby Fischer was participating on behalf of the United States for the second time, while the Soviet Union sent David Bronstein and Boris Spassky to represent them, and Fridrik Olafsson journeyed from Iceland. While neither player was new to international chess, the 17 year old Fischer and the 23 year old Spassky drew a great deal of attention to themselves by dominating the event, both of them tying for first place with 13½/15. Spassky had defeated Fischer in their individual encounter and gone undefeated, but Fischer’s results were not lost on the Soviets who perceived him as a potential challenger to their long reign in international chess.” 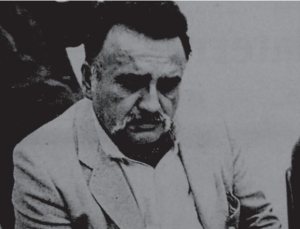 Osvaldo Manuel Bazan was born in 1934 in Cordoba, Argentina.  In 1959 he finished in 2nd position in the national championship.  Bazan won 10 times the championship of Cordoba. Unfortunately, he suffered from poor health all of his life and passed away in 1997 at age 63, one year less than the great Bobby Fischer, his travel companion that day way back in March 1960.

You might also be interested in taking a look at this, published in 2013, and dealing with Bazan’s friendships from the chess community. 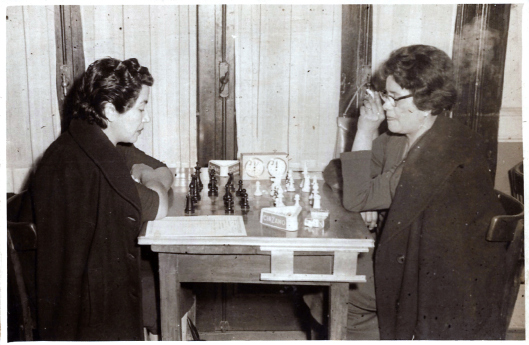 Curiously, Bazan comes from a famous chess family in Argentina, his mother Ernestina Vergara de Bazan, born in 1911, was female champion of Argentina on several occasions. Here she is on the right, playing against Transito de Rodriguez  on the left, in 1962. She taught Osvaldo how to play.  The above link gives more intimate family information as well as other photos.

The video below (June 2, 2020) is in celebration of the 23rd anniversary of Osvaldo’s passing.  I found this on my old friend Garcia Palermo’s FACEBOOK page. Enjoy!  Gone but not forgotten…