Chess and sex aren’t normally thought of in the same light, but that doesn’t mean they are completely separate. As the New York Daily News reported in “Chess Tournament Bans Cleavage; Two-Button Limit Due to Crude Comments from Spectators,” even professional chess tournaments have seen the intersection of chess and sexuality. With a story revolving around chess players, Nick David presents “Reckless Dreaming” (published by AuthorHouse). His new screenplay delves into the sexual, spiritual and psychological motivations of many characters, some of whom play more than one role.
Chess masters Tara and Michael stage a high-stakes match in San Francisco – a match that their chess rival fathers never got a chance to play. Tara, a reformed alcoholic, is a student of Eastern philosophy on a quest for enlightenment and love. She also has a life-threatening brain tumor that she keeps secret from Michael. Not knowing her condition, Michael employs a scheme to toy with Tara’s emotions. The story unfolds into a thrilling series of plots and subplots that merge into multiple twist climaxes.
During the writing of “Reckless Dreaming,” David sought out and took the best of various professional script critics’ advice. Meanwhile, he always maintained his overall vision for the work. Although David’s narrative includes erotic elements – sex and nudity – he assures readers that it is never gratuitous. “They occur or don’t occur based on plot and character needs,” says David. “Each spiritual viewpoint must be authentic and represented fairly as well.”
About the Author
Nick David was born in San Francisco and remains a lifetime resident of the Bay Area. His interest in acting started in high school, continuing to college where he acted in plays at the University of California, Davis, and the University of California, Berkeley, and then on to his time performing with the improvisational group “Committee Workshop” in San Francisco. David’s interest in Eastern and Western philosophy, dreams, enlightenment, strategy games, Tarot cards and art all influence his writing. The latter passion also comes across in his photography.
AuthorHouse, an Author Solutions, Inc. self-publishing imprint, is a leading provider of book publishing, marketing, and bookselling services for authors around the globe and offers the industry’s only suite of Hollywood book-to-film services. Committed to providing the highest level of customer service, AuthorHouse assigns each author personal publishing and marketing consultants who provide guidance throughout the process. Headquartered in Bloomington, Indiana, AuthorHouse celebrated 15 years of service to authors in Sept. 2011.For more information or to publish a book visit authorhouse.com or call 1-888-519-5121. For the latest, follow @authorhouse on Twitter.
___________________________________________________________________________
And while on this topic, check out this one! 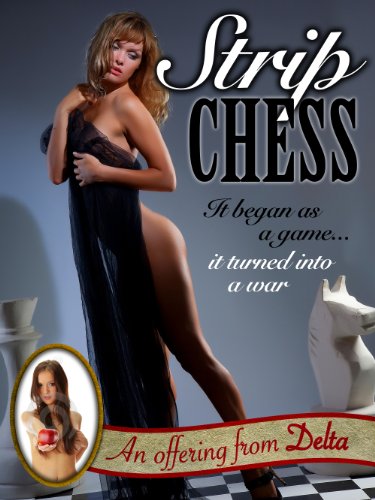 And while not quite about chess (maybe the next edition!) you gotta like this, naughty boy!

click on to enlarge.  Also available as an e-book!