What do Capablanca and Alekhine have in common? 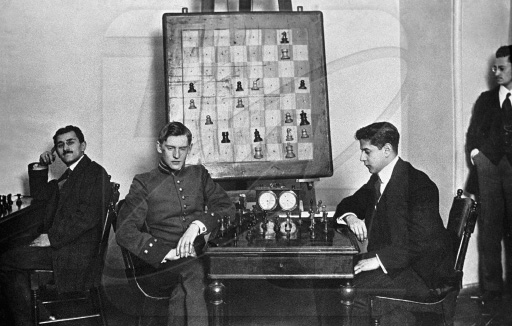 St.Petersburg 1913.  20-year old Alekhine (2nd to left) at the end of an exhibition game against 24-year old Capablanca–the first time they ever met over the board!  The final position is on the demo-board behind them.  (Alekhine lost).

The game is given below.  At the time Capablanca was clearly stronger than his Russian counterpart.  This exhibition match (2 games) was the first time that the two met over the board.  Capablanca was sent to St. Petersburg by the Cuban government (in September of that year he was made a sort of cultural attache and this was his first mission.) and the following year a great international tournament was held.