[youtube http://www.youtube.com/watch?v=sEitk3ApLaw]
THE 2011 CHAMPIONSHIP IS GOING TO BREAK RECORDS!  CHESS ROCKS IN THE US !

http://saintlouischessclub.org/2011-us-championship-information
The 2011 U.S. Championship format is new and exciting, featuring a preliminary stage with two round robins of eight players each. Once the dust settles, the top two players in each round robin will advance to a four-player knockout. These semifinal and final matches will consist of two games each. 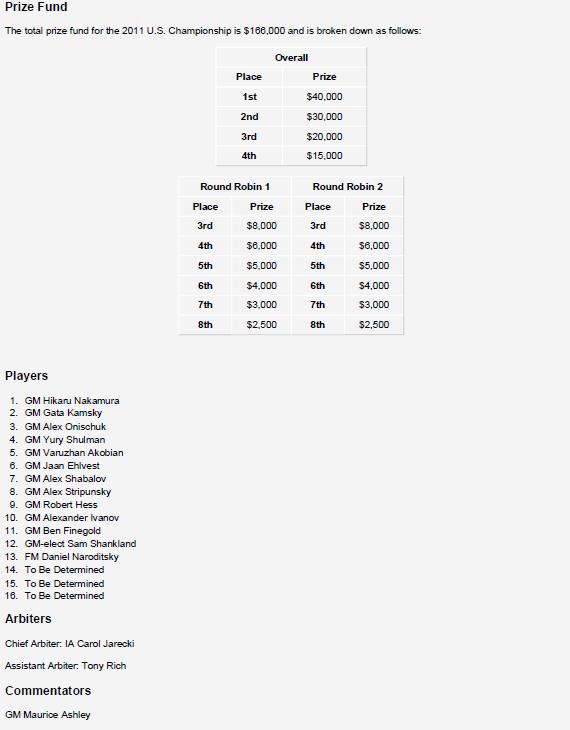