Erik Olin Wright was born in Berkeley, California in 1947.  In his younger days he was fascinated by the game of chess and produced the 16mm film (below) as well as several published papers.  Today he is is an American analytical Marxist sociologist, specializing in social stratification, and in egalitarian alternative futures to capitalism.

” In 1968 you made a film called ‘The Chess game’.  The film deals with the issue of structure and action by showing that if the pawns replace the aristocratic pieces they are still stuck with the chessboard and the rules of the game. You point out that the film was made at a time ‘before I would have identified my own intellectual work as Marxist.”  What then would you say inspired the film consciously or unconsciously?”

”The key idea in this animated film was this: the pawns revolt against the “ruling class” pieces, sweep them from the board and then dance an American square dance on the board. In the end, however, they start a new chess game, but this time the pawns are on the back row moving like Kings and bishops and the like, while the old aristocratic pieces occupy the pawn row and move like pawns. The message of the film was that the pawns failed to make a revolution because they thought it was sufficient to depose the old elite. They neglected to remove the board itself. The chessboard, then, was a metaphor for underlying social structure that generates “the rules of the game”. A revolution, to be sustainable, has to transform that.
Now, this idea is not a uniquely Marxist idea. In a sense it is the foundational idea of much structurally oriented sociology: people fill “locations” in social structures – sometimes called roles – which impose constraints and opportunities on what they can chose to do. This doesn’t mean that human practices or activities are rigidily determined by roles. Intentions and choices still really matter. Agency matters. But such choice occurs in a setting of systematic (rather than haphazard) constraints.
The Marxist form of this general idea is to make a claim – a pretty bold one when you think about it – that the key to understanding this structural level of constraint is the nature of the economic structure in which people live, or even more precisely, the nature of the “mode of production”. In my little film there was no production, no economy. The chessboard was a completely open-ended metaphor for social structure. So it is in that sense that the film was not specifically based on a Marxist framework.
As for its inspiration, I think the film grew out of the concerns for radical, egalitarian social change that were part of the intellectual culture of the student movement, the American civil rights movement and Vietnam War era anti-war movement. I participated in various ways in these social movements of the 1960s and was very much caught up in the utopian aspirations of the times, but I also felt that the task of constructing emancipatory alternatives was more arduous than many people thought. It is not enough to attack the establishment and remove its players. Constructing an alternative is a task in its own right. And that is what the film tried to convey.”
________________________________________________________________
You might want to check out a paper written by Wright called ‘Chess Perversions’ given at the link below.
http://www.ssc.wisc.edu/~wright/Published%20writing/ChessPerversions%20-%20corrected.pdf 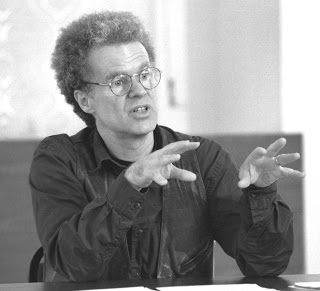